What is UK Fungus Day?

UK Fungus Day takes place on Saturday 8th October and is organised by the British Mycological Society. This annual celebration of fungi is an open invitation to everyone in the UK to experience and appreciate the wonder of fungi and to find out more about these fascinating organisms. There really is something for everyone: as well as traditional fungal forays where you can join an experienced mycologist to find and identify fungi in the wild, there are also open days at UK university laboratories, special museum exhibits, talks, films, craft activities and quizzes.

Why are fungi important?

Often described as the 5th kingdom, fungi are neither plant nor animal, and our knowledge of their biology and ecology is increasing all the time. They are incredibly important to the functioning of almost all ecosystems on earth (and have even been found in space!).

One of their key roles is as a decomposer. Fungi convert organic matter from dead organisms into a form that other plants or animals can more easily utilise, making them a vital part of the food chain. They also form essential symbiotic relationships with plant roots, providing nutrients to the plant and protecting them from parasites and infection, while they themselves feed on the plant.

Although we usually think of fungi as the mushrooms that are visible above ground, they also create huge networks of strands, known as hyphae, which stretch out beneath the soil. These hyphae contribute to the structure of the soil, holding particles together and helping the soil to retain moisture where it would otherwise rapidly drain away. This underground network is considered to be so important that a project is underway to map the “circulatory system of the planet” in an attempt to protect it from damage and improve its ability to absorb and store carbon dioxide.

As well as these key ecosystem functions, we also value fungi for their role in our own diets. Whether that is by eating them directly, or utilising their ability to ferment foods such as bread or beer, they have been an important gastronomic ingredient for thousands of years. They also contribute to human health in other ways. In the 1920s penicillin was discovered, an antibiotic produced by the mould Penicillium which has since saved countless numbers of lives and changed the entire face of modern medicine.

Fungi may even have a role to play in remediating polluted environments. Current research is looking into whether they could be used to break down petroleum products, heavy metals and plastics, and even absorb radiation following nuclear disasters.

How do I get involved in UK Fungus Day?

To find out what events are on near you on UK Fungus Day, head over to the Fungus Day website where you can find a list of all the activities planned for 8th October. On their website you will also find information on how to enter this year’s photo competition, as well as quizzes, details of online film screenings and a host of other activity ideas for you to celebrate UK Fungus Day in your own home.

Take a look at the NHBS Consevation Hub for useful guides on planning a fungal foray, identifying common UK fungi species, and identifying puffballs. Or browse some of our favourite field guides and fungi books below. 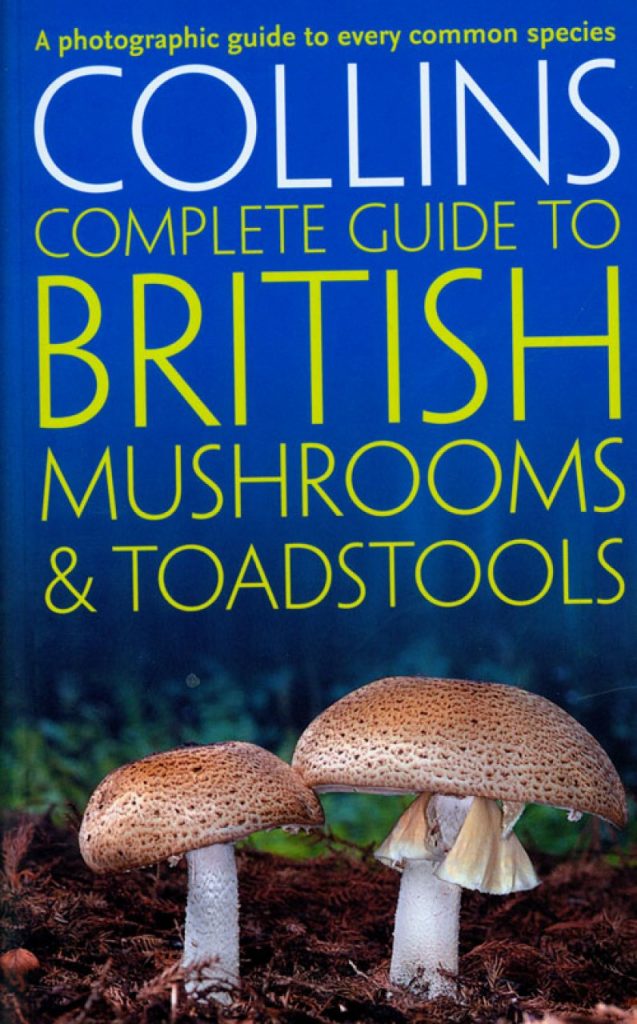 A superb guide that allows anyone to identify mushrooms found in Britain and Ireland. The book is illustrated with beautiful photographs throughout, featuring the species you are most likely to see. By only covering Britain and Ireland, fewer species are included than in many broader European guides. 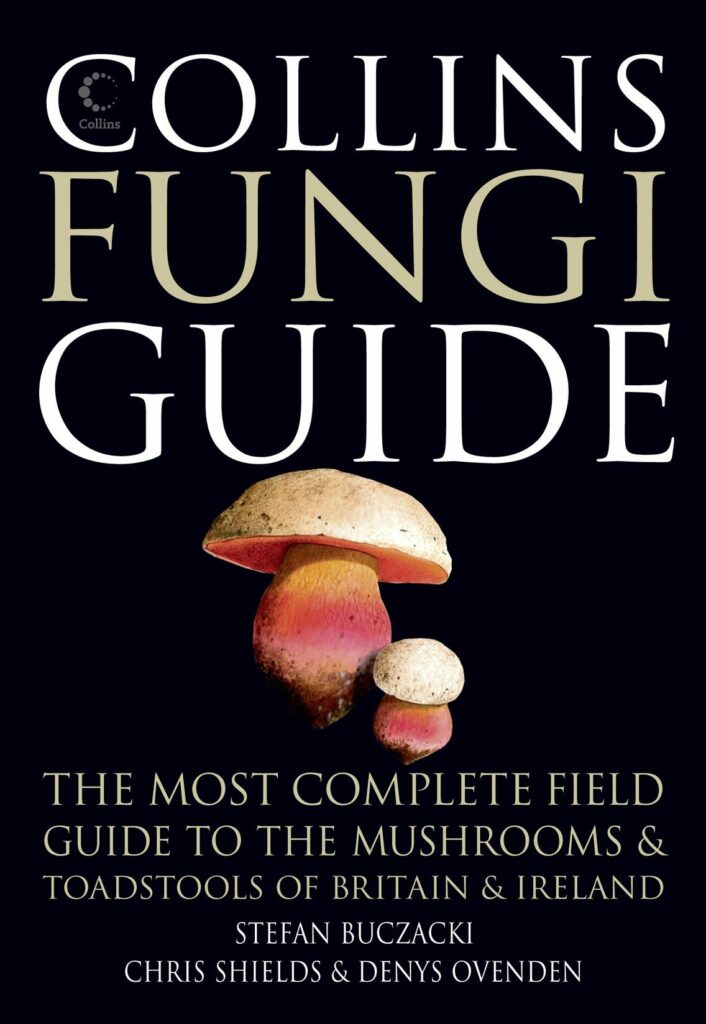 Collins Fungi Guide: The Most Complete Field Guide to the Mushrooms & Toadstools of Britain & Ireland

Written by one of Europe’s leading mycologists and horticultural scientists, Stefan Buczacki, and illustrated by two of the world’s leading natural history illustrators, Chris Shields and Denys Ovenden, this is the ultimate field guide for mushroom and toadstool lovers. 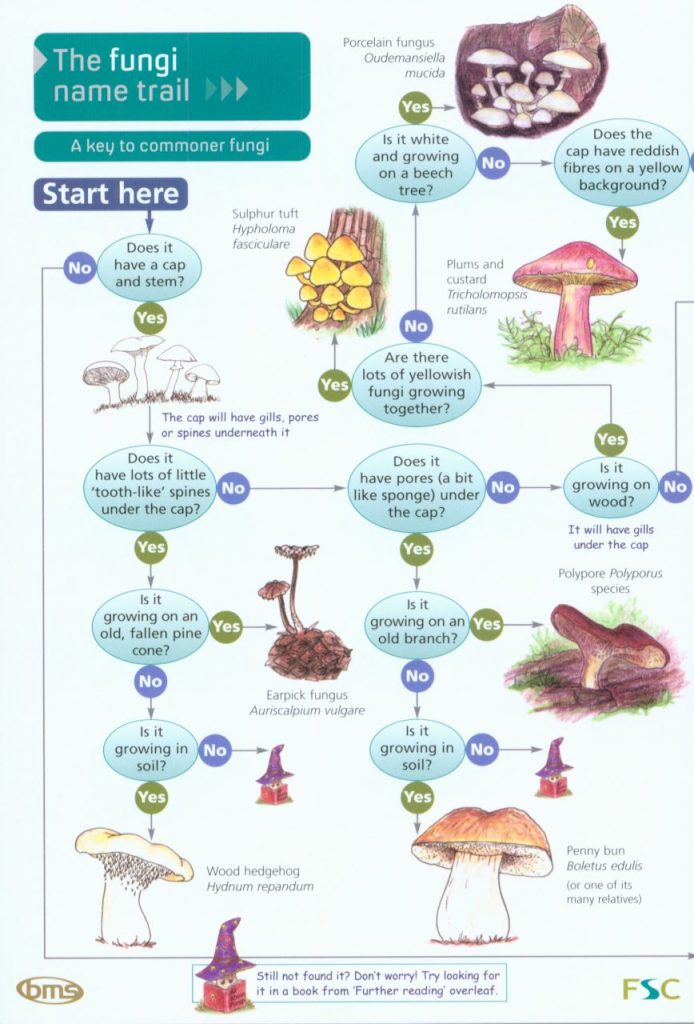 The Fungi Name Trail: A Key to Commoner Fungi

A useful key to some of the more easily recognised fungi present in Britain’s woods and fields. For this key, fungi have been grouped according to their shape. The name trial takes you through a series of yes or no questions to help you identify your fungi. Entangled Life: How Fungi Make Our Worlds, Change Our Minds and Shape Our Futures

In this mind-altering adventure, Merlin Sheldrake introduces the spectacular and neglected world of fungi: endlessly surprising organisms that have made our world and continue to shape our futures.

Read our Q&A with Merlin Sheldrake on the NHBS blog. 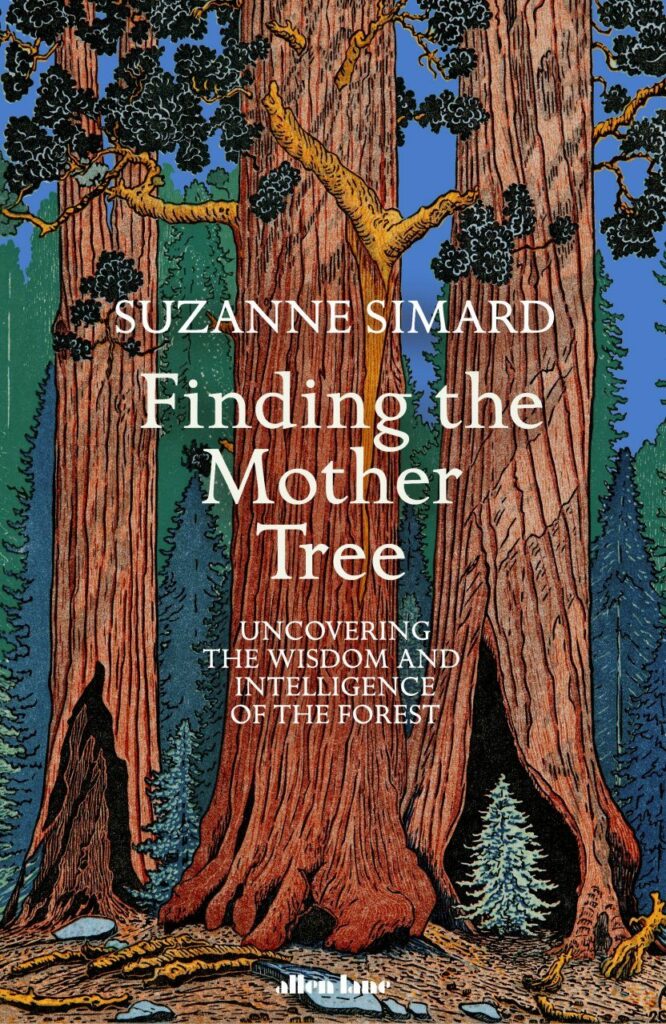 Finding the Mother Tree: Uncovering the Wisdom and Intelligence of the Forest

Suzanne Simard was working in the forest service when she first discovered how trees communicate underground through an immense web of fungi. In Finding the Mother Tree, she reveals how the complex cycle of forest life – on which we rely for our existence – offers profound lessons about resilience and kinship.