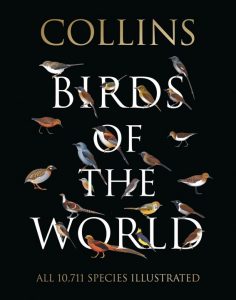 Collins Birds of the World is the complete collection of Norman Arlott’s beautifully detailed and accurate bird paintings, brought together for the first time. Accompanied by text detailing characteristics and appearances for each species, this comprehensive new field guide is the ultimate reference book for birdwatchers and bird lovers.

Norman Arlott is a wildlife artist and has illustrated over 200 books. He has kindly answered some of our questions on his experiences and the process of creating this all-encompassing work.

Could you tell us about your background and what inspired you to become a wildlife artist? 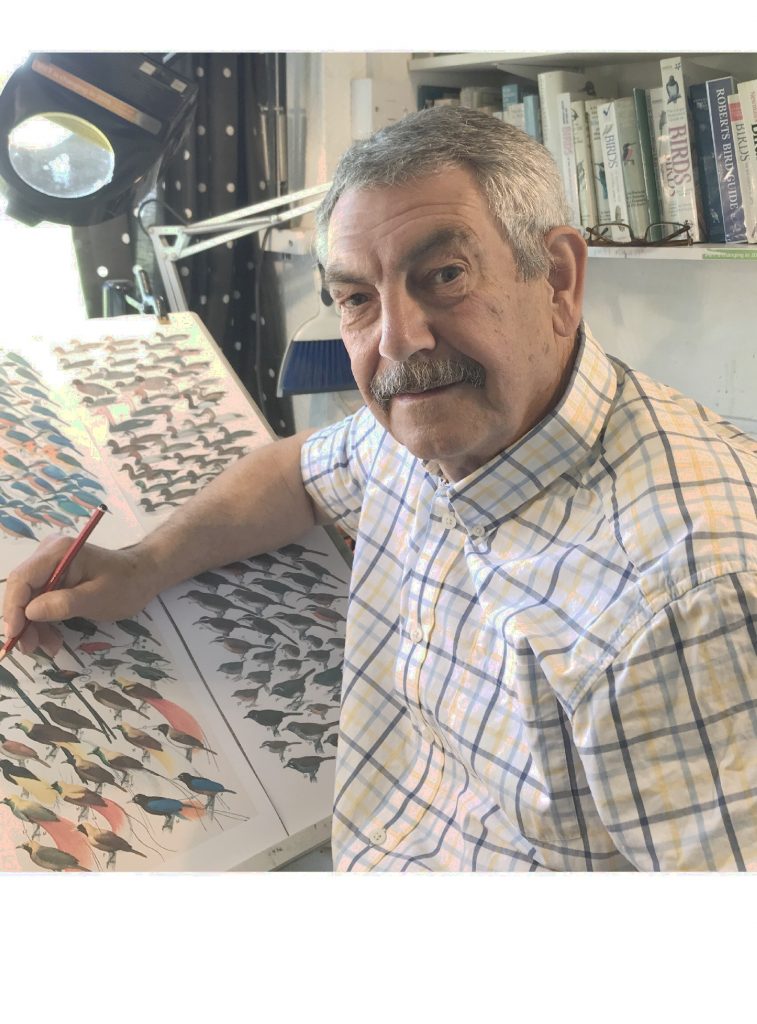 I originally trained as a mechanical engineer but ‘jumped ship’ in the 70s to take up my real love as a wildlife artist, with a focus on birds. I made this leap with much encouragement from my wife Marie and a great deal of help and inspiration from well-known bird artist Robert Gillmor, bird photographer Eric Hosking and the great East African ornithologist John Williams. I had no intention of working on book illustrations, but I got caught up in it, really liked it and I have enjoyed it ever since.

In the intervening years, I have contributed illustrations to over 200 books, including some classics such as Birds of the Western Palearctic, Handbook to the Birds of the World and the SASOL Birds of South Africa.  Many postage stamps feature my artwork from places such as Jamaica and The Bahamas in the Caribbean, Liberia in Africa and Fiji in the Pacific Ocean.

Over the last 15 years, I have concentrated mainly on writing and illustrating a series of bird guides (more coloured checklists really) covering the Palearctic, India, The West Indies, North America, South East Asia and the Philippines – many of these illustrations and accompanying text feature in the forthcoming Birds of the World.

You’ve been a part of creating bird guides for areas as broad as the Palearctic to more specific locations such as the Indonesian Archipelago and Armenia. What have you enjoyed most about your travels?

During the last 40 years or so, I have had the good fortune to travel to various parts of the globe, most notably East and South Africa. I led safaris to Kenya and Tanzania for many years, which led to many adventures and meetings. On one of my first visits, I was fortunate to form a friendship with two people: author and broadcaster Roger A Caras and zoo director Steve Graham, enabling me to visit North America. Whilst in America, I was introduced to many of my bird-artist ‘heroes’, all of which passed on great encouragement and useful tips – one snippet passed to me by the great Arthur Singer was always to remember ‘white areas are equally as important as the illustrated areas in the look of a plate’.

When illustrating Antpittas for the Handbook of the Birds of the World, you were integral in the realisation that a specimen in the Natural History Museum was misidentified. Could you tell us more about this experience?

The Antpitta discovery came about after a research visit to the British Museum at Tring. Needing to find a reference for the Yellow-breasted Antpitta, a bird I was about to illustrate for the Handbook to the Birds of the World, I was able to photograph and make notes from the one and only skin in the museum. Before embarking on the illustration I checked the text notes provided by the authors only to discover that the text and the bird I had photograph did not correspond. My initial thought was I had photographed the wrong specimen so I called Robert Prys-Jones at the British Museum and asked him to check the skin – Robert, along with Peter Salaman, then followed up my query and came to the conclusion that the specimen in the British Museum was in fact a new subspecies of the Brown-banded Antpitta. All the relevant details of this new bird can be found in the Bulletin of the British Ornitholgists’ Club (Vol 129-1). I have made many visits to the British Museum to do research for various books and this is the only time I have known a skin to be completely misidentified, especially a skin with a label annotated by P. L. Sclater, an expert on the family.

Collins Birds of the World is a huge, comprehensive collection of over 25,000 illustrations of 10,711 species. Could you tell us a little bit about the process of creating this guide?

I decided that to even start this project, a standard ‘list’ was needed – it was decided that the International Ornithological Congress (IOC) world list as of January 2019 was the one I would rigidly follow. Using mainly mine and Ber Van Perlo’s artwork, I promised Harper Collins that I was able to put together the 301 plates and hopefully make a really satisfying (to look at) book, even though some of the plates may contain a great number of species.

Although told by many that I was an ‘idiot’ to take on such a project, and I admit at times I had to agree, overall I genuinely enjoyed the experience of working ‘electronically’ to produce plates. Hopefully, I fulfilled the promise I made to the publisher to produce an attractive and practical book to the Birds of the World!

After my work designing the plates, David Price Goodfellow and his team went on to produce the high-resolution scans and add any missing pieces of text, so all in all a great team effort. 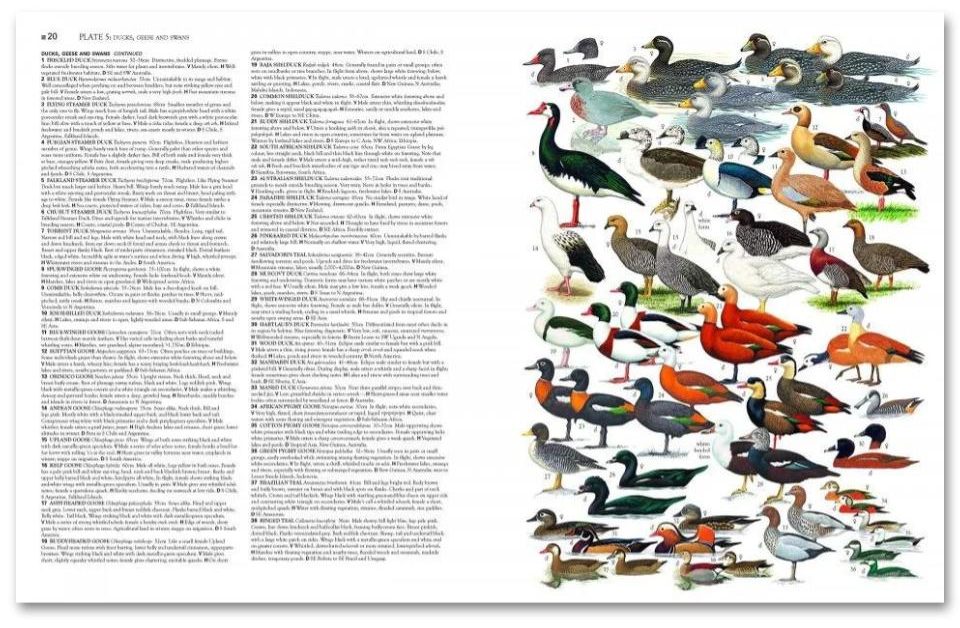 After such a mammoth publication, do you have any more projects lined up for the future?

I have recently been given the opportunity by Harper Collins to produce a large-format book of my ‘proper’ paintings of British birds – what a difference from the past couple of years.