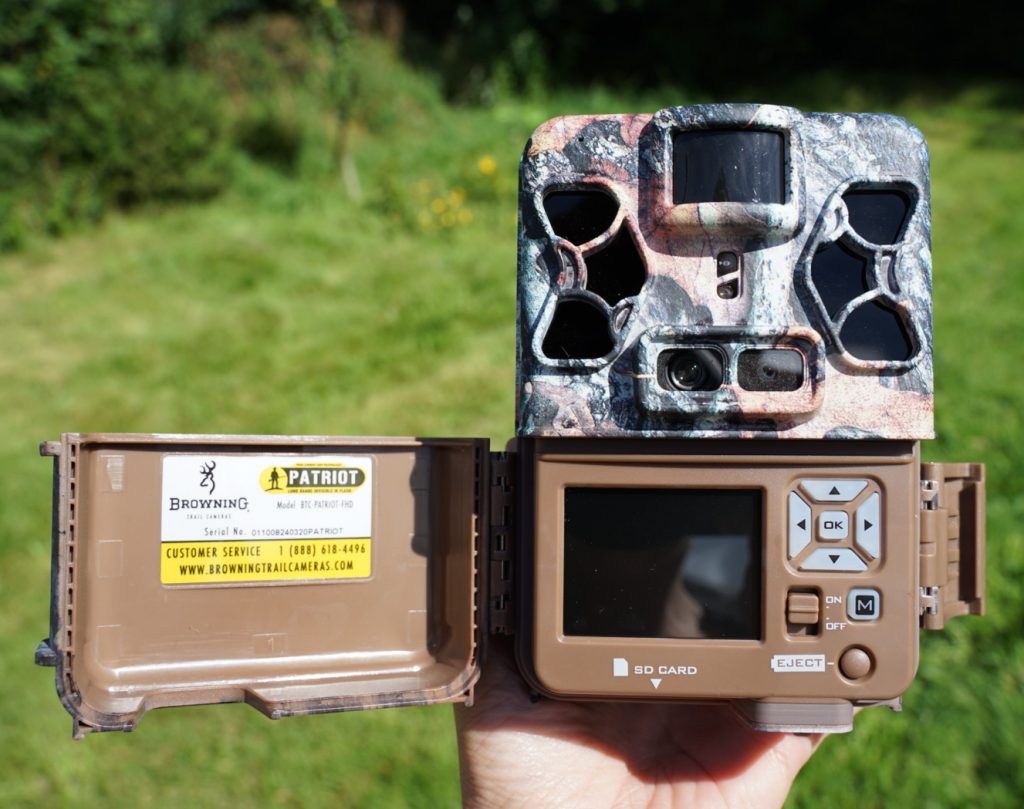 Completely weatherproof and able to run for months on a single set of batteries, trail cameras are now commonly used for wildlife surveys or studying animal behaviour, and are becoming a vital tool for conservation all around the world. They are also incredibly popular with naturalists who are interested in finding out what the wildlife is up to on their local patch.

The Browning Patriot, released this year, is one of Browning’s top of the range cameras. Along with excellent resolution image and video capture (24MP images, 1920x1080p video), the Patriot features Browning’s unique dual-lens technology. This means that a separate lens and sensor system are used for daytime and night time capture, allowing you to capture excellent quality footage whatever the time of day. No-glow LEDs, which are completely invisible to both humans and other animals, are used to illuminate your subject at night up to a distance of 34m. A colour viewing screen, adjustable steel tree bracket and host of advanced camera settings all add to the Patriot’s appeal. 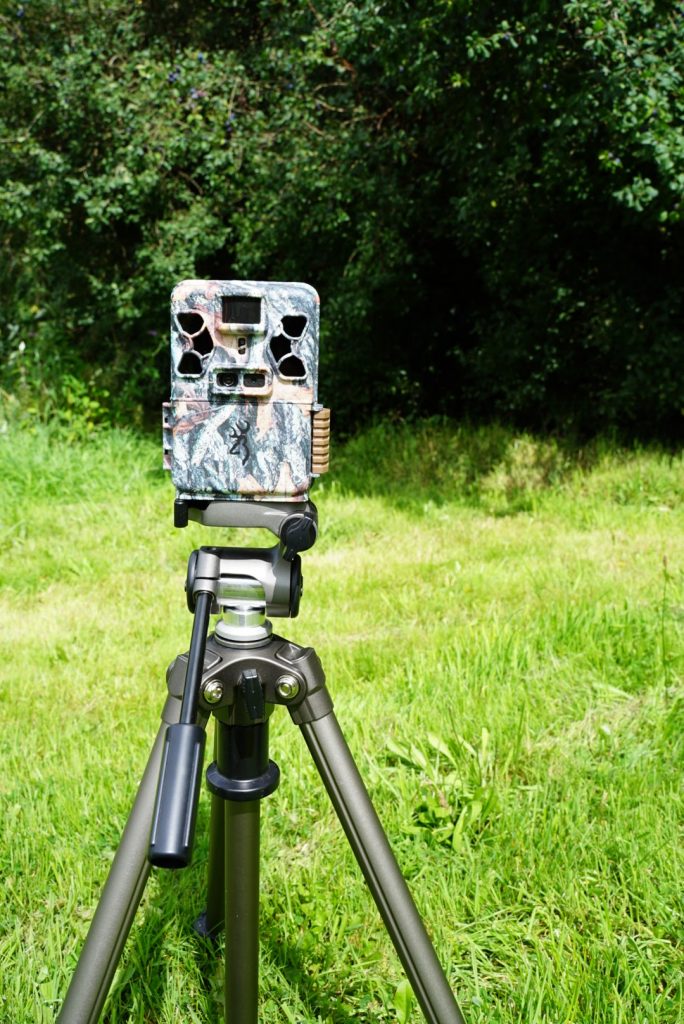 We loaded the Patriot with a full set of AA batteries and a 32GB SD card then set the time and date. The camera mode was set to ‘Trail’ which means that it would record still images whenever the motion sensor was triggered by movement. The capture delay (ie the time between images being taken) was set at 5s and the image quality 24MP. Multi-shot mode was set to off (ie the camera would only take a single image per trigger) and the capture timer was set to 12.00am for both the ON and OFF times, meaning that the camera would be active 24 hours a day.

Our initial test took place in a back garden with the camera mounted on a tripod approximately 3m away from a baited tree stump. Ensuring that the camera was angled correctly was very easy, as the background of the main viewing screen shows a live image from the camera. We also conducted a motion trigger test by selecting ‘MOTION TRIGGER’ and then waving a hand above the stump to check that the light on the front of the camera was activated.

For the second field test the camera was placed in a ride that was cut into an area of wetland where there have been frequent otter sightings. Once again the camera was mounted on a tripod but this time the camera was set to record video (high resolution, length 20s, capture delay 5s).

In the third and final test, the camera was sited in an area that had both moving water and vegetation within the motion detection range. This was to provide us with some idea of the camera’s sensitivity and to see whether it would be repeatedly triggered by this motion. The camera was set to record video with the same settings as used previously.

When sited in the garden, the camera took lots of pictures of birds that were attracted to the bait. The camera triggered reliably and the quality of the images, including the colour reproduction, was good. We were particularly impressed that the images below – although taken first thing in the morning, pointing directly into the sun – were not over-exposed. 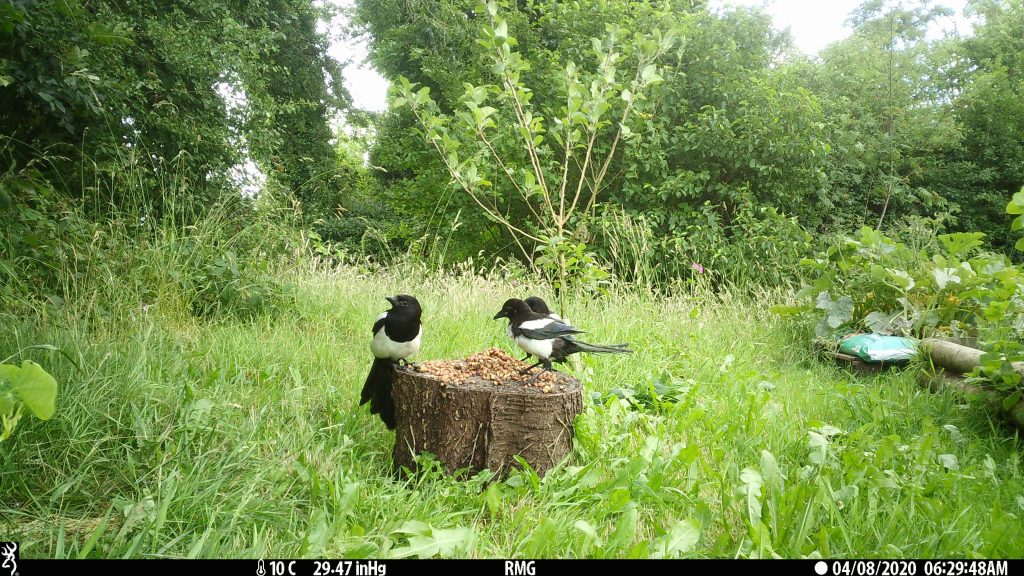 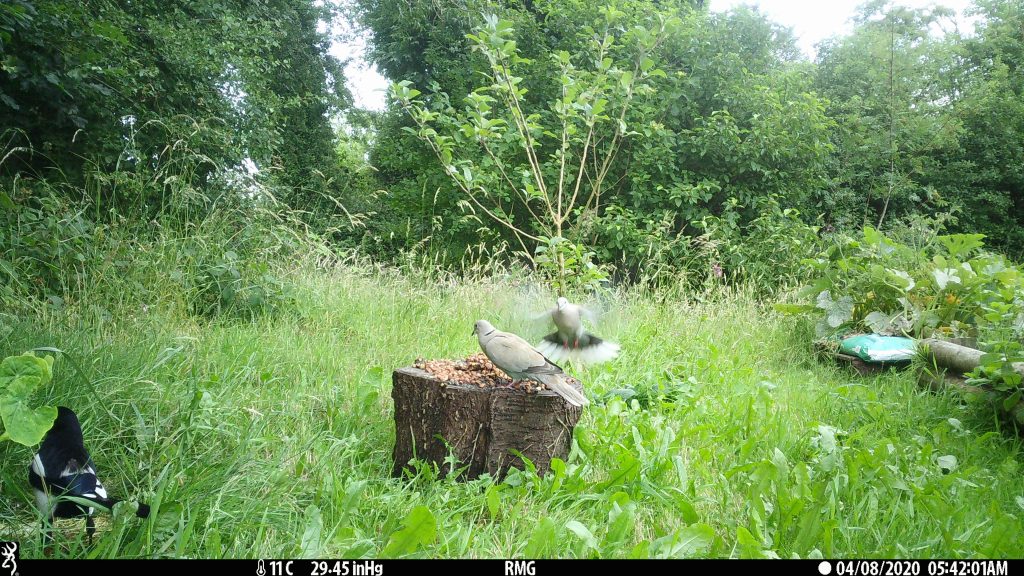 Unfortunately, when we retrieved the camera from the second field test, a number of cows had broken into the area from a neighbouring field and knocked over the camera. The footage of the cows, however (despite not being what we had hoped to capture!), was good quality.

In the final test we were pleased to observe that the camera had triggered only with the arrival of the local birds, and we did not have to sift through 100s of videos of empty scenery. The audio recorded with the clip featured below was also very true-to-life.

Although the second, and potentially most interesting, part of our field test was prematurely curtailed, this exercise gave us a good chance to familiarise ourselves with the Browning Patriot and to see the camera in use. First up – the manual. Clearly written and lacking any unnecessary waffle, the manual made setting up the camera incredibly straightforward. In fact, this parsimony also extends to the camera itself – while there are enough options to give you plenty of control over the footage collected, there aren’t so many that it becomes overwhelming.

The front-opening design means that it is really easy to alter the settings even when your camera is strapped in place. Similarly, the bottom-loading battery tray and easily accessible SD card slot mean that these can both be changed quickly in the field without moving the camera. The steel bracket on the rear of the camera means that, when strapped to a tree or post, it grips the surface, making it more stable. For our tests, we attached the camera to a tripod which allowed us lots of control over the camera angle and height. However, as we found out, it also makes it much more susceptible to being knocked over. For locations where security is an issue, a groove in the case that runs beneath the bracket allows it to be secured with a cable lock – one with a maximum diameter of 8mm would be required.

As previously mentioned, being able to view a live image from the camera during setup, along with the motion trigger function, means that you can be sure that your camera is angled correctly. (It’s really important to remember to turn off the motion trigger function before you leave the trail camera, however, as it will stay in this mode until it is turned off manually). The sensitivity of the camera appeared to be set very cleverly, as it was triggered reliably by the movement of birds and other animals, but we experienced very few empty shots or videos, which suggests that the movement of water or vegetation were not affecting the motion sensor.

The only minor limitation we found with this camera is that the Patriot doesn’t have a hybrid mode which means that you have to choose between capturing still images or videos. (Many cameras give you the option to record both and will capture a number of images first before then switching to video record).

Overall we were very impressed with the Browning Patriot and would wholeheartedly recommend it for professional or personal use. The images and videos were good quality, the camera was easy to set up and position and the price (currently under £200) is very competitive. We’re eager to continue using this camera and still have high hopes for getting some footage of our elusive otters. Check back soon to find out if we’re successful!

The Browning Patriot is available through the NHBS website and is also available as a starter bundle which includes 8 x Lithium AA batteries and a 32GB SD card.

To view our full range of trail cameras, visit www.nhbs.com. If you have any questions on wildlife recording or would like some advice on the microphone for you then please contact us via email at customer.services@nhbs.com or phone on 01803 865913 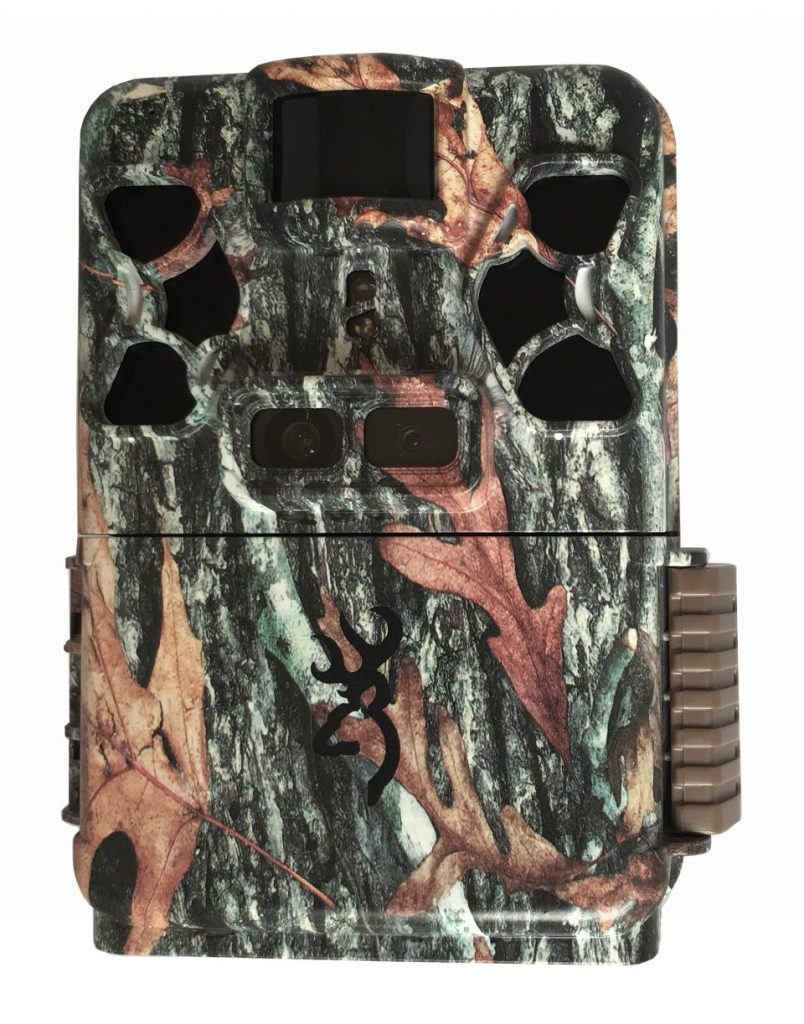