FSC: Publisher of the Month for July 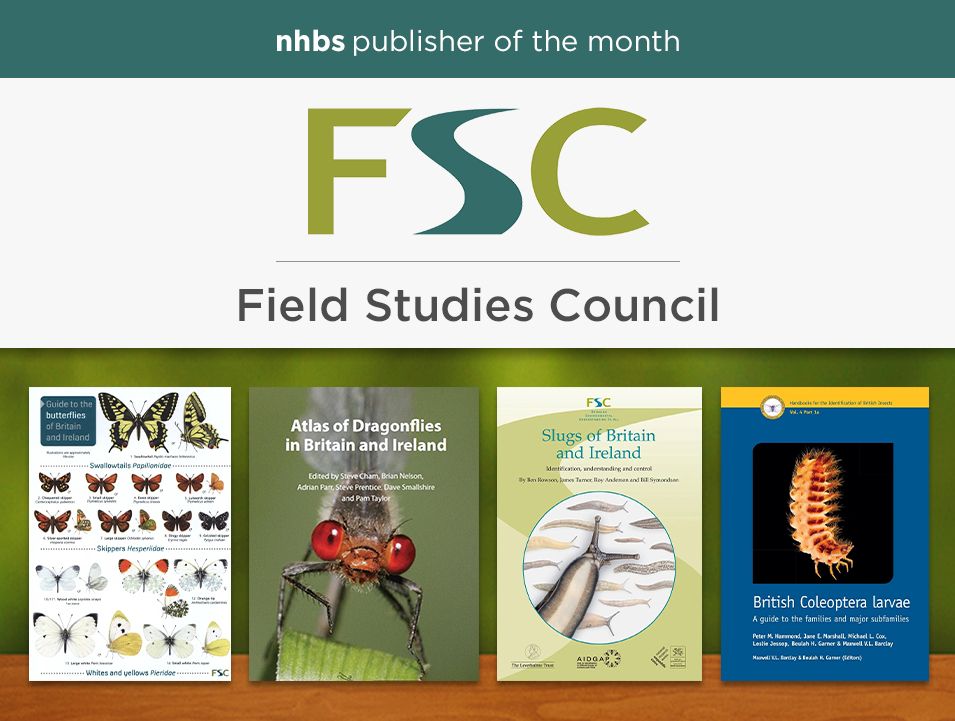 Since first featuring as NHBS’ Publisher of the Month over three years ago,  the Field Studies Council have added even more excellent titles to their catalogue of publications.

We asked Head of Publications, Dr Rebecca Farley-Brown what hopes and plans the FSC has for the next five years?

‘Plans for next 5 years – more guides in more places. We want to expand the range to help more people get engaged with nature – from simple family guides through to specialist books’.

The Field Studies Council (FSC) is the NHBS Publisher of the Month for July. The FSC’s range of  identification charts are designed to assist nature enthusiasts with identifying and naming the fauna and flora they find. The first fold-out identification chart, The Woodland Name Trail was produced in 1994 and, since then, these guides have become the FSC’s best-selling publications. In 1976 The ‘AIDGAP’ (Aids to Identification in Difficult Groups of Animals and Plants) project was started, with the aim of producing user-friendly and reliable field guides which would make identification achievable for those with little taxonomic training.

2020/2021 has been busy for AIDGAP, with new guides to Vegetative grasses, Sphagnum mosses and Freshwater Snails  all being published.

RES Handbooks for the Identification of British Insects In 2004 the FSC started working with the Royal Entomological Society to publish their Handbook series. The aim of these handbooks is to provide illustrated identification keys to the insects of Britain, together with concise morphological, biological and distributional information. These comprehensive books are primarily aimed at experienced users. The FSC also publishes Atlases on behalf of the Biological Records Centre (part of the Centre for Ecology and Hydrology). Suitable for more experienced users, these atlases map the distribution of records within Great Britain and Ireland for named groups of animals.

Synopses of the British Fauna In 1991 the FSC formed a partnership with the Linnean Society of London to publish their Synopses of the British Fauna series. The first Synopses FSC published was Woodlice (now out of print) and since then, over 60 additional volumes have been published.

A busy publishing year for the Field Studies Council

The FSC has been publishing environmental titles for over 40 years and 2020/2021 have been busy publishing years, especially for AIDGAP, with new guides: Grasses, Freshwater Snails of Britain and Ireland and Sphagnum Mosses.

A Blowflies Handbook has also been published for the Royal Entomological Society and an atlas with identification keys for the Histeridae, Sphaeritidae and Silphidae beetles for the Biological Records Centre.

New foldout guides for Moorland Wildlife of the North York Moors and Features of the Gwent Levels were published early in 2021, with guides to seaside plants and woodlands planned for later this summer.

Browse all FSC titles at NHBS