A Short History of the Collins Bird Guide

The third edition of the popular Collins Bird Guide has arrived! With this newly published edition, we decided to take a brief look at how this highly regarded field guide came about.

Illustrated bird guides have been around in one form or another since the turn of the 20th century. It wasn’t until the post-war years, however, that they began to gain popularity, and birdwatching as a pastime became increasingly common both in the UK and farther afield. At this point, illustrated identification guides became much more available on the mass market and were no longer affordable only to the wealthier classes.

Between the 1960s and 1990s, three field guides dominated the scene in Britain and Europe: Fitter and Richardson’s Collins Pocket Guide to British Birds, Lars Jonsson’s Birds of Europe with Africa and the Middle East and Peterson, Mountford and Hollom’s A Field Guide to the Birds of Britain and Europe. But although these books were widely used, there was an appetite among publishers for the creation of a new, definitive field guide. 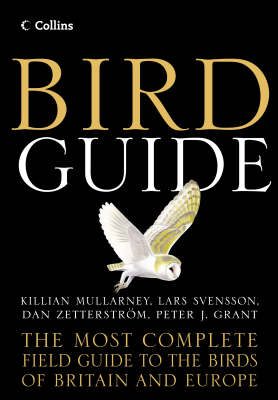 In 1986, well respected identification experts Peter Grant and Lars Svensson came together to begin working on just such a thing. To illustrate the book they recruited artist Killian Mullarney from Ireland, whose painstakingly detailed work was conducted from first-hand field experience, lending it a lively and lifelike quality. Creating artwork in this way, however, proved to be a slow process, and even with the addition of another illustrator- Dan Zetterström – the book was 13 years in the making. Unfortunately, Peter Grant died in 1990, some time before its eventual publication in 1999, so he never got to see the final result.

The book also differed from previous field guides in the clever and user-friendly layout of the pages. For the first time, all of the images and text for a species were arranged on a single spread – an obvious benefit when using the book in the field. Species were also arranged taxonomically, unlike many earlier books in which birds were grouped together based on their appearance. 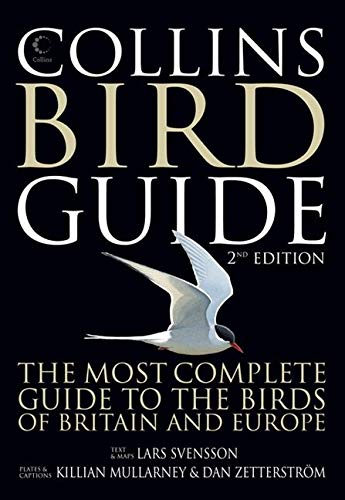 The second edition of the Collins Bird Guide was published in 2010 to reflect new and revised taxonomy, and included both expanded text and additional illustrations. The third and most recent edition has now been published in hardback, with the paperback to follow in 2023. It is the opinion of many that ornithological field guides to Britain and Europe will never surpass the Collins Bird Guide in quality and scope – indeed, more than 20 years after its initial publication, it remains a stalwart member of most birdwatchers’ bookshelves.

The third edition of the Collins Bird Guide has now been published (hardback only, paperback to follow in 2023).