Improbable Destinies: An interview with Jonathan B. Losos

Jonathan B. Losos is an evolutionary biologist, currently at Harvard University. He is best known for his research on speciation in Caribbean anoles, a genus of iguanian lizards. Previously, he has authored Lizards in an Evolutionary Tree: Ecology and Adaptive Radiation of Anoles. His latest book, Improbable Destinies: How Predictable is Evolution?  is an incredibly enjoyable romp through evolutionary biology, examining the phenomenon of convergent evolution (i.e. the process by which different organisms have evolved the same or similar traits independently over time), and asks the question: how repeatable is evolution really? After reading this book recently (see also the review I left for the book) I contacted Jonathan to talk some more convergent evolution with him.

1. As a biologist, I can understand your fascination with convergent evolution. But to introduce yourself to the readers, what drew you to study this one topic out of all the fascinating aspects of evolution? Was this interest there from the beginning, or did you chance on it as your research progressed?

I’ve been interested in convergence ever since I learned about evolution because convergence of species living in similar environments is such a great demonstration of the power of natural selection. However, when I conducted my doctoral work on Caribbean Anolis lizards, I truly became fascinated by the phenomenon.

2. In your preface, you write how your PhD project on lizard diversification in the Caribbean supported ideas on convergent evolution. Right after writing up your thesis, Gould published his book Wonderful Life, in which he stressed the importance of contingency, arguing that evolution is unpredictable. You write you were taken with his book. How did you go about reconciling Gould’s views with your own?

Evolutionary biology is unlike most sciences in that it is a historical science. We can’t just do a key experiment or derive an equation and solve the problem. Rather, like detectives, we have to build the best case to understand what happened in the past. In addition, as Ian Malcolm said in Jurassic Park, life finds a way. In fact, evolution occurs in myriad different ways – almost any way of evolving you can imagine has occurred somewhere, some time. In this way, evolution is an inductive science – we can’t derive general rules for first principles; rather, we have to go out in nature and develop many case studies. Only in that way can we recognize the general patterns from the interesting exceptions.

It is in this light that I reconciled my one research on Anolis lizards, which indicated that evolution has travelled very much the same course four times on the different islands of the Greater Antilles (the large islands of the Caribbean), with Gould’s ideas that evolution, for the most part, is unpredictable and unrepeatable. I considered the Anolis situation to be one of the exceptions, fascinating, but out of the ordinary.

3. Part two of your book describes a plethora of field studies, including your own work on Anolis lizards, which by and large show that evolution is repeatable. Some people, botanists especially, have raised the objection that such findings could also come about by phenotypic plasticity. You have addressed this objection yourself experimentally and found that phenotypic plasticity only plays a limited role. Have others done the same, and is this something that is routinely considered and excluded as a possible explanation in this kind of research?

Phenotypic plasticity – the ability of genetically identical individuals to produce different phenotypes when exposed to different environmental conditions – has long been known. However, until recently, it was mostly considered to be noise in the system, non-adaptive phenomena that mostly served to prevent natural selection from producing evolutionary change (the reason being that natural selection might favor one variant, but if different variants in a species were genetically identical, then selection wouldn’t lead to any evolutionary change). However, in recent years we have realized that plasticity may be an important part of the evolutionary process. Although phenotypic variation (i.e., variation in traits such as anatomy, physiology) among individuals in a population may not be genetically based, the ability of a species to produce different phenotypes in different conditions is itself a genetically based trait that may evolve adaptively. Thus, species may evolve to exhibit great phenotypic variation as a response to living in many different environments. As a result, the amount of research on phenotypic plasticity has skyrocketed in the last two decades. 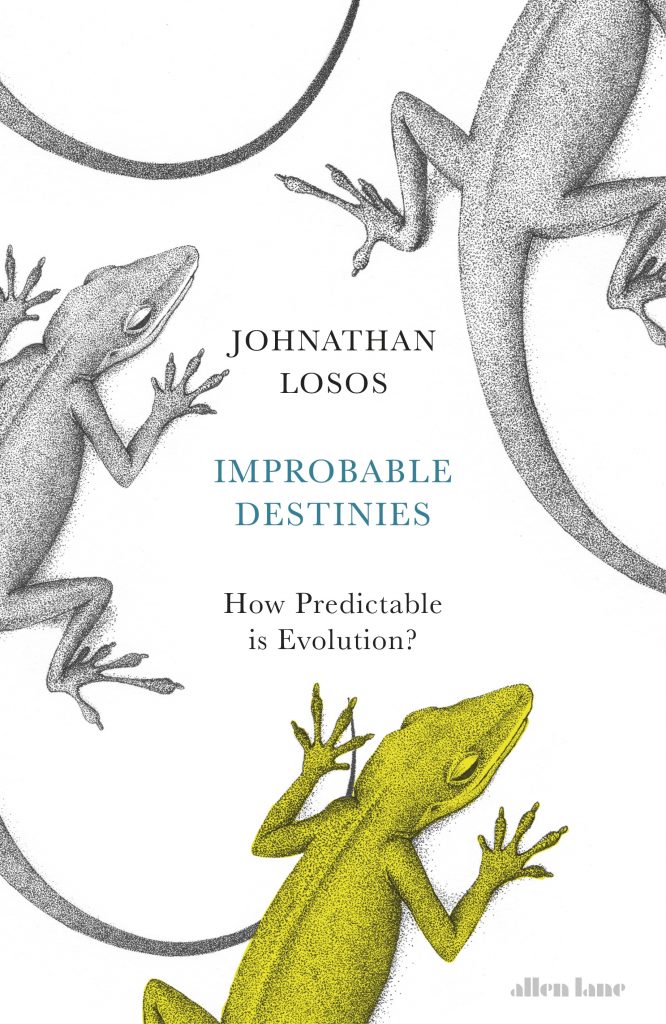 4. Towards the end of Part Two, you point out another weak point of most field experiments. They generally start off with genetically related populations and so are likely to be predisposed to generate parallel evolutionary responses. Furthermore, statistical analyses might filter out the exceptions to the rule. Has experimental work by now moved on to using genetically dissimilar starting populations to investigate if convergent evolution is powerful enough to funnel different populations towards the same evolutionary outcome?

I wouldn’t say that this is a weak point of field experiments. Rather, it is a consequence of the hypothesis that is being tested. If you want to understand why guppies evolve to be more colourful in the absence of predators, then the appropriate experiment is to create multiple replicate populations of guppies in different conditions and see what happens. But, as I wrote in the book, we would expect very similar, closely-related populations to evolve similar adaptive responses to the same questions. One approach would be to conduct parallel experiments on many different species of fish to see the extent to which they adapt in similar ways (or in differing ways). Right now, I’m unaware of anyone doing this. However, different researchers sometimes ask the same question with different species, and this is the most likely way we will be able to address this question.

That’s a keen observation. In Rich Lenski’s Long-Term Evolution Experiment, the story after 14 years was that evolution is pretty repeatable. Then, 30,000+ generations into the experiment, one of 12 experimental lines evolved a very different adaptation, one that still hasn’t been matched in the other 11 lines after another 14 years. So, yes, the longer one conducts a study, the greater the chance that rare, unique adaptations will occur (and we must remember that 30,000 generations are a drop in the evolutionary bucket). On the other hand, as Rich Lenski himself says, if the LTEE is continued long enough – maybe for 300,000 generations – then perhaps the other 11 populations will discover the new adaptive solution as well. So, yes, definitely, these studies need to be continued much longer. Most studies today, LTEE’s fame and influence notwithstanding, are much shorter in length (note: Losos and Lenski edited the book How Evolution Shapes Our Lives. ed.).

6. You conclude your book by saying that in the short term evolution is predictable, but that the world of biological possibilities is a vast one, and that in the long term, chance events have had a large impact. Given the many books dedicated to the topic of convergent evolution, and the way it speaks to people’s imagination, do you think we have overestimated the importance of this mechanism? Are we too keen on seeing patterns where there are none?

Well, we need a bit of historical perspective on this question. Until recently, we thought of convergent evolution as relatively rare. Great examples of the power of natural selection, worthy of being in biology textbooks, but not at all common. Now, thanks to the work of Simon Conway Morris and others, we realize that convergence is much more pervasive than we used to believe. This has been a valid contribution to our understanding of evolution. Nonetheless, some workers have gone too far, in my estimation, in emphasizing the importance and prevalence of convergent evolution. It is a common and important aspect of evolution, but it is not the only story.

Improbable Destinies is available to order from NHBS