How we moved 27 people, 1 km of shelving, 140,000 stock units and an inflatable dolphin to our new warehouse 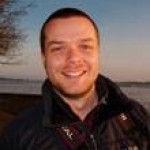 NHBS has been based in Wills Road and Burke Road (named for the explorers of the 1860 Burke and Wills expedition in Australia) in the Devon town of Totnes since 1986. We had long outgrown these warehouse and office premises and had been keeping an eye open for a new building for several years. In January 2014 an ideal building became available and the best news was that it’s just around the corner at 1-6 The Stables in Ford Road (the area that now comprises Totnes’ trading estate was once a racecourse, hence ‘The Stables’).

A photo gallery of move-related images is available on our Facebook page.

This new building more than doubles our storage space to in excess of 1,200 sq m (13,000 sq ft). We’ve outfitted a purpose-built office area, meeting rooms, shower facilities for the dedicated cyclists/runners, a faster data connection, a staff room and kitchen, 600 m of new shelving, a more efficient heating system and a large pallet racking zone for >100 pallets of bulk stock.

After three months of building work the move to this premises was concluded just before Christmas. We had lots of extra NHBS staff on hand and remained fully operational, delivering thousands of gifts during the holiday period.

How did you do this while remaining fully operational in the run up to Christmas? That is a good question…

Why didn’t you move at a quieter time of year?
Surveys and the legal bits took ages. Besides, we have quite a few peak periods throughout the year so there was never going to be a ‘good’ time to do the move.

How does it affect customers?
We’ll have more stock, more efficient picking/packing and even happier colleagues.

How many stock items have been moved?
Depends how you count the small things like test tubes and sampling pots, and components of sets etc. The number we mostly refer to is 140,000 items.

What’s a Mini Bendi?
It’s a species of forklift truck (there a photo of the Bendi in our Facebook Gallery) – we bought one for the move and have two members of staff trained to use it. It means we can make more use of pallet racking to store bulk stock.