Andrew Branson: the voice at the pulsating heart of the British wildlife movement 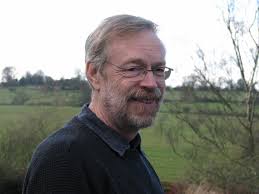 You don’t expect Andrew Branson to begin a review of how the UK’s wildlife has fared in the last quarter-century by quoting Margaret Thatcher.

Responding to emerging worldwide concern about climate change in 1990, the then Prime Minister said that as well as needing cooperation and imagination to tackle the threat, ‘We shall need statesmanship of a rare order’.

“Sadly, that is just what we don’t have,” Branson says, tweaking the message to embrace the natural world as a whole.

The previous year Branson had founded the magazine British Wildlife, described by one writer as the ‘pulsating heart of the British wildlife movement’.

The magazine, along with British Wildlife Publishing books, made Branson, according to a 2014 article in The Independent, the thinking conservationist’s candidate to rank alongside Sir David Attenborough as the person in Britain who has done most for the natural world in the last 25 years.

Many of the big issues of the late-1980s, including planting conifers on peat bogs, grubbing-up hedgerows, and river pollution, to name just three, were high on the agenda of the Government’s own conservation bodies.

But those organisations are shadows of their former selves and are unlikely to have the same influence today, Branson said. They have been cut and restructured to such an extent that they can no longer speak to Government with a strong or independent voice and are now more about delivery and process.

During the same period membership of conservation NGOs, such as the Wildlife Trusts and RSPB, has mushroomed, although none has the same statutory clout as the Government bodies.

For Branson, the rise of the NGOs is one of the period’s success stories. They are better informed than they were, he said, and better at applying scientific research on the ground. Indeed, he makes special mention of the scientists, who have done some “fantastic work on species and habitats”.

Branson uses the bittern as an example, where over the last quarter of a century numbers of ‘booming males’ have risen from around 20 to more than 150 in 2015.

“That is a powerful example of conservation action for a particular species. They have put in the research, put in the ground work, and come up with a result.”

The flip-side is that beyond protected sites, wildlife is in trouble. According to the 2013 State of Nature report, around 60 per cent of species have declined.

Branson says: “The statistic that really hits you is that the UK has lost 44 million breeding birds since England last won the World Cup in 1966, and these losses are down to the general countryside being more intensively farmed, to loss of habitat, and the effects of aerial and water-borne pollution.”

On his local riverside walk in 1989 he would regularly see turtle doves and water voles. Now they are gone. The turtle dove is at risk of becoming extinct in Britain.

“These changes can be subtle. People see cattle grazing in a grassy field and think ‘that is fine’. But a while ago that same field may have held 50 or 60 species of plant, whereas now it may have only four or five.”

Generally, the public’s understanding of the problems is now greater than in 1989 but politicians need to wake up, he said. The current government, in particular, appears to have little clue when it comes to wildlife and the countryside. Time for some real ‘statesmanship’ he muses.

Branson sold British Wildlife Publishing two years ago, but is still busy working with wildlife groups in his home county of Dorset.