Matthew Oates has spent fifty years trying to unravel the ‘Emperor’s’ secrets and with His Imperial Majesty: A Natural History of the Purple Emperor,  due to be published in June, he has written an accessible account of one of Britain’s most beloved butterflies; the majestic Purple Emperor. 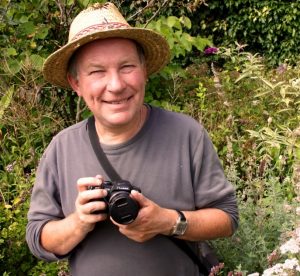 Matthew Oates has taken time to answer our questions about his book and about the beautiful and elusive butterfly, that if lucky enough, we can glimpse through fissures in its tree top world

This butterfly is all about mystique. It exists within a different dimension to us, but one which we desire to experience and understand. It is a unique being, capable of doing anything – which means it is unpredictable and utterly captivating. Make no mistake, the Purple Emperor is addictive – but this is a positive addiction, which provides depth of experience tinged with great humour. No one forgets their first Purple Emperor, the experience leaves you wanting more.

2. How has our understanding of the Purple Emperor changed in the half century since your first encounter with ‘his imperial majesty’?

Much of our so-called knowledge was actually mythology and assumption. Oh, the power of assumption, even in ecology! So much of what was considered true, and real, has proven to be utterly wrong; not least because the Purple Emperor, and nature more generally, continually moves the goalposts. Nothing is ever static in nature, perhaps especially with insects.

3. You tell of some of the remarkable lengths that butterfly enthusiasts have gone to in pursuit of the Purple Emperor. What is the most unusual technique you have used when searching for this species?

There is a long history of extreme endeavour here. This is the one butterfly the Victorian collectors most assiduously sought, to form the centrepiece of their precious collections. The Purple Emperor has generated some of the most extreme eccentric behaviour in human history. Collectors used to obtain specimens of this canopy-dwelling butterfly by means of the ‘high net’, a butterfly net attached to a pole often ten metres long. There is a long history of baiting Purple Emperors too, exploiting the male’s attraction to festering messes – the juices of dung, offal, and worse. I helped develop the practice of baiting for Purple Emperors using (relatively inoffensive) shrimp paste, and also pioneered The Emperor’s Breakfast (as shown on TV, several times).

4. It is heartening to read of a species whose populations are on the increase. Can the story of the Purple Emperor offer any lessons for the conservation of other wildlife in Britain?

Yes, definitely! This is proving to be a highly mobile species with good powers of colonisation and, in consequence, recovery. It is becoming a suburban species, and is certainly not the ancient forest inhabitant we once thought it was. Above all, the Purple Emperor is a good news story, at a time of horrific loss and adverse change. It provides hope at a time when we need hope.

5. What do you plan next in your studies of the Purple Emperor? Are there mysteries that you are still hoping to solve?

The journey is by no means over. My book is merely the launching pad towards proper ecological understanding. I sincerely hope it generates the necessary detailed scientific research, and have suggested areas where that need to be conducted. I’ve merely done the spade work. My job now is to help landowners and others to give this magnificent butterfly the future it deserves.