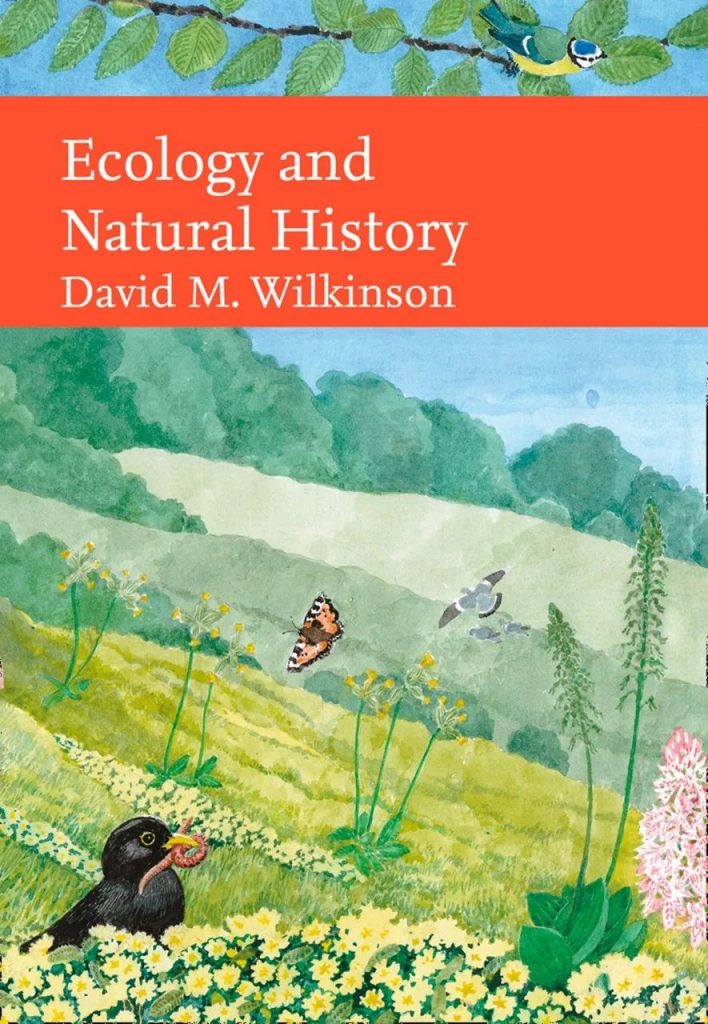 Many books in the Collins New Naturalist Library are underpinned by ecology, but the latest addition to the series is the first to be devoted to the science in its own right. In Ecology and Natural History, David Wilkinson provides an insightful and highly accessible account of the core ecological concepts and brings them to life with examples of classic research sites and studies from across Britain.

David Wilkinson is Visiting Professor in Ecology in the School of Life Sciences at the University of Lincoln and Honorary Research Fellow in Archaeology at the University of Nottingham. He has wide interests in ecology, and in recent years has written articles for British Wildlife on such varied subjects as scent-based mimicry in wild plants and animals, lichens as composite organisms, and autumnal colour change in leaves. Here, David has kindly answered some of our questions about his new book.

Ecology is a complex discipline, encompassing all the amazingly diverse ways in which living organisms interact with one another and with their environment. What drew you to ecology as a topic for your book, and how did you set about tackling such a wide-ranging subject?

As you say ‘Ecology is a complex discipline, encompassing all the amazingly diverse way living organisms interact with one another and their environment’ – with a topic as grand as this why would you write a book on anything else! Both of my previous books (for Oxford University Press) had been on aspects of ecology, but written for a more technical audience. Having walked away from my academic day job I now felt I had the time to try and write something more accessible, but still scientifically accurate. Most of the most pressing global problems are related to ecology, so there is an obvious need for as many people as possible to have some idea of basic ecological concepts. The approach grew out of over a quarter of a century’s experience of introducing the basic ideas of ecology to undergraduates.

Chapters are split by topic but also by location, each one beginning with a scene from the site of a classic ecological study. What inspired this approach?

It seemed the obvious approach, as although this is a book on ideas I wanted to embed them in what you see in the field. The first chapter I wrote was chapter 2 which made a lot of use of Cwm Idwal in Snowdonia. Jonathan

Silvertown (plant ecologist and science writer) was the member of the New Naturalist editorial board who oversaw my book. He liked the site based approach and encouraged me to use it throughout the book (his own popular book on plant diversity ‘Demons in Eden’ had used a similar approach). In many ways the approach grew out of my tendency to ‘tell stories’ when talking about ecology to beginning undergraduates. So in part the book is my lecturing style turned to prose.

Were you familiar with your chosen locations before embarking on writing, or did you make trips as part of your research for the book?

Most of the locations I used to open chapters were sites I was familiar with, but the two exceptions were Downe Bank and the Isle of Cumbrae – writing the book provided a great excuse to visit both of these. Most of the sites were visited on one or more occasion during the three years I worked on the book – the exceptions were Selborne (which I had visited a couple of years before I started writing) and Rothamsted, where the description is based on a visit in 2005. A highlight of the writing was a week’s fieldwork in the Cairngorms, taking photos for the book.

Smaller life forms such as bacteria and protists feature prominently in various chapters. How important are these organisms in helping us to understand the structure and function of ecosystems? 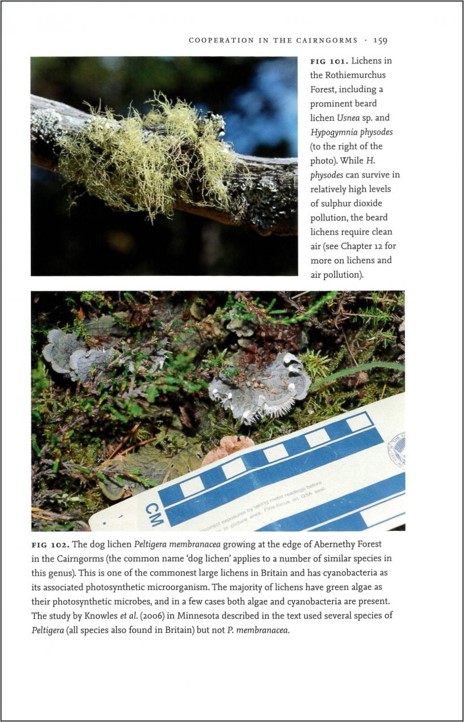 A key theme of the book is the importance of such organisms. Considered from a genetic or biochemical perspective most of the diversity of life on Earth is microbial. Considered from a geological perspective for most of the history of life on Earth all ecology was microbial ecology, as microbes were the only life forms around. In ecological systems today they are still crucial. Many people vaguely realise that they have some importance in decomposition and nutrient cycling, but also much of photosynthesis (and related oxygen production) is by microbes rather than larger plants. Historically microbes have been hard to study in the wild, being by definition too small to see without microscopy. However, molecular methods (using DNA or RNA) are making things much more tractable, and now microbial ecology looks poised to be one of the big growth areas in ecological research.

You were able to draw on a number of examples of high-profile and long-running experiments from British sites. How influential have studies in Britain been for ecology as a science?

Ecology has a long history but really starts to take off as a science in the early 20th century. It started to develop earlier in Britain than in most countries, indeed the British Ecological Society (founded in 1913) was the first such society anywhere in the world. Because of this several of the key early studies that helped develop the basic ideas of ecology took place in Britain.

A number of the experiments described were initiated in the early/mid-20th century. Has there been a decrease in the creation of new long-term studies in recent decades and, if so, what are the implications for conservation and ecology? 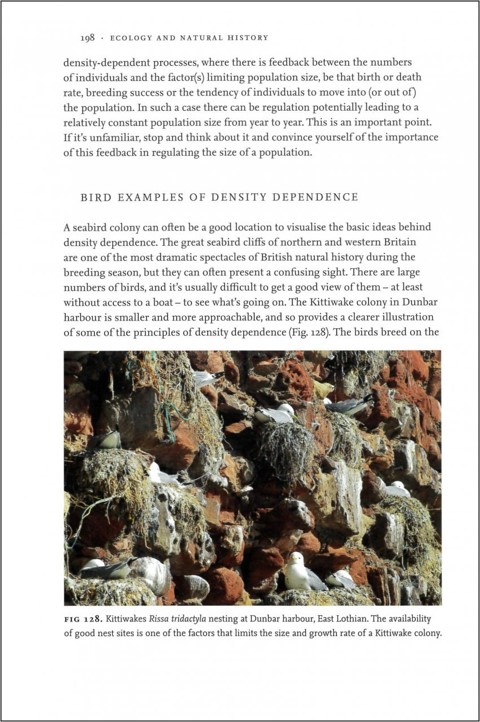 Because of the relatively early start of academic ecology in Britain the country has a number of very long running ecology field experiments. For example two I write about in the book are The Park Grass experiment at Rothamsted (started 1856) and the Godwin Plots at Wicken Fen (started 1927). Neither was started with the idea that they would run for 100 years or more – there is a large element of chance in their long-term survival. However, once an experiment has been running for a long time then people start to realise that such long runs of data are important and try and find the resources to continue them. More recent examples include (amongst many) the Buxton Climate Change Impacts Lab (which commenced in 1993 on limestone grassland in the Peak District) and grazing experiments set up in the Ainsdale Dunes system in Merseyside (started in 1974). But to be really long term requires luck and/or a succession of people determined enough to keep them going against the odds.

Finally, could you tell us about your plans for the future? Do you have any more writing projects lined up?

I have quite a list of books that would be interesting to write. The one I am most keen to do next is envisaged as a series of linked essays on ecology, evolution and the environment, as I would like to do an accessible general book that uses examples from around the world (rather than having the British focus of a New Naturalist). While I have an outline of the idea it’s in very early stages and I haven’t yet found a publisher for it. More long term another book that requires the extensive fieldwork that went in to the New Naturalist would provide a good excuse to not get trapped at a computer. I also have several ongoing ecological research projects. 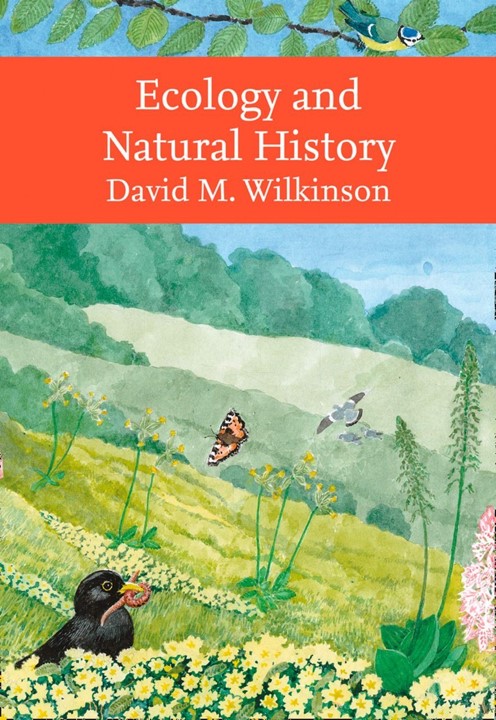