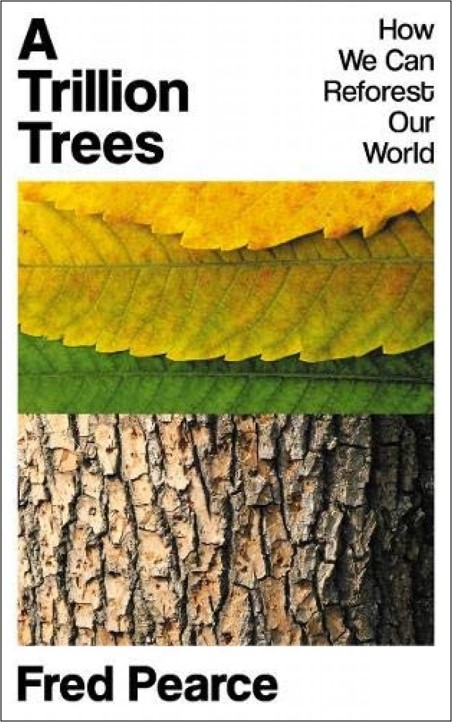 A Trillion Trees is an optimistic take on the future of the world’s forests, with Fred Pearce believing that the damage humanity has inflicted can be undone, so long as nature is allowed space to recover. The book opens with an introduction to the myth and magic of forests. Through describing a botanical explorer’s conservation of orchids in the rainforests of Ecuador, recounting one of the author’s most memorable forest experiences (getting lost in a wood on the North Downs as a child), and presenting the varied reactions of early European explorers to the rainforests of the tropics, Pearce laments the loss of ‘primaeval wildness’ and the untouched forests of those times.

Since 1992, Pearce has been writing for New Scientist magazine on the importance of trees, as well as their ownership, uses, protection, and destruction. He has spent his career contributing to multiple well-known publications, writing a range of books, and speaking on environmental issues such as carbon emissions, invasive species, and climate change. Despite forty years of continued reporting on global environmental issues, he maintains optimism for the future and for forest regrowth.

Pearce’s enthusiasm and respect for trees is clear throughout. This book celebrates trees, exploring their importance and the impact they have on the climate, the history of how our relationship with forests has changed, the recovery that is already taking place, and the future role of trees in an emerging community-centred approach to the land. Pearce intersperses topics on the politicisation of forest and climate research, the impacts of deforestation, and the damage of acid rain. He also includes some of his personal adventures, such as his visit to the ATTO, a 325m tall tower in the middle of the Amazon Rainforest, and the exploits of others, such as a bush pilot’s flight along the ‘flying river’ above the Amazon.

A Trillion Trees champions the role of trees in more than just the fight against climate change, but also in the daily lives of everyday people. The tales of forest regeneration tell of the economic value of trees, through tourism, increased resources, and even ‘inspiration for artists’. Pearce presents the debate of rewilding versus replanting forests, asking who should be responsible for the regeneration of our forests and whether we should be taking an active role at all.  The ‘great forest restoration’, as Pearce puts it, is occurring less due to the many government plans and promises of replanting, and more through the process of rewilding. Where farmers and landowners have stepped back, Pearce notes that nature seems to move in, allowing much of the fields and pastures to revert to shrubland and then to woodland. The return of wildlife soon follows.

In a world scrambling for solutions to combat climate change, the notion of stepping back and taking a passive role in regeneration may be a daunting one. However, it is not the only solution Pearce suggests. In the final section, Forest Commons, the author advocates for the rights of indigenous people to own and manage the land and forests within their traditional/ancestral territories. The rate of deforestation is far less in areas owned and managed by indigenous people than in other areas, even nature reserves, with communities seeming more resilient against threats such as illegal logging than government-owned parks.

This book closes by paying homage to the wild spaces near the author’s home in London, their ability to filter out noise and pollution, and the calming, cooling effects trees can have in otherwise overheated cities. After a book full of adventure and debate, the postscript acts almost like the ‘forest bathing’ it discusses, ending the book in a calmer tone that calls for more woods full of darkness and gnarled, twisted yew trees and forests that harken back to the lost primaeval wilderness.