The Cambrian Explosion: an interview with paleobiologist and author Douglas H. Erwin 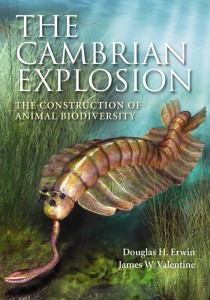 The Cambrian Explosion: The Construction of Animal Biodiversity synthesises latest research about this massively siginificant moment in evolutionary history. Author Douglas H. Erwin introduces himself, the subject and some of the life forms that emerged.

Could you please provide a brief evolutionary history of Douglas Erwin as a paleobiologist.

I expected to be a biologist when I was in high school (or a doctor). But when I arrived at Colgate University as an undergraduate I discovered that geology was much more fun than biology (no pre-med students, for one thing). My teacher and mentor, Bob Linsley, was a fantastic teacher – Steve Gould used to claim that he was the best undergraduate paleo teacher in the US. Bob got me hooked on paleo, on evolution, and on Paleozoic snails (my systematic speciality, and Bob’s). Then I was off to UC Santa Barbara to study with Jim Valentine for my Ph.D. Although my Ph.D was on Permian snails from the SW US and the Permo-Triassic mass extinction, I was quite interested then in the Cambrian explosion, and Jim and I wrote several papers on it. I have been at the National Museum of Natural History since 1990, working on aspects of Paleozoic gastropods, the causes and consequences of end-Permian mass extinction and on aspects of macroevolution, particularly the Cambrian. I have been fortunate to have been able to visit many of the critical Ediacaran and Cambrian localities, and to have had wonderful colleagues on associated projects, including a bunch of colleagues associated with NASA’s Astrobiology Institute at Harvard and MIT, and developmental biologist Eric Davidson on the evolution of gene regulatory networks, which features prominently in the later stages of The Cambrian Explosion.

What is the importance of the Cambrian explosion in evolutionary history?

It is one of the critical major evolutionary transitions in the history of life, an episode where virtually every aspect of life on the Earth changed, with impacts on everything from the chemistry of the oceans and atmosphere to the nature of sediments in the ocean. So understanding not just the new fossils but the larger context of the interactions between changes in the physical environment, ecology and evolution is key to understanding what happened. For evolutionary theory, the Cambrian explosion raises some really interesting challenges to how we understand these events. Jim and I argue that it is only by looking at changes in the physical environment, ecological opportunities, and developmental novelties, that we can begin to understand the mechanisms involved, and moreover, that some of the processes force us to extend some traditional approaches to evolution. 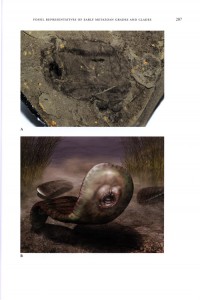 Could you briefly introduce one or two of the specific species that came into being so we have some context – I imagine we are not talking about life as we know it?

No, the world of the Ediacaran and Cambrian was a much different place from our world today, and indeed the Ediacaran and Cambrian periods were themselves much different from each other. Rangea is a representative of one of the oldest Ediacaran lineages, the Rangeamorphs. These are found in a variety of frond-like morphologies, and have a fractal structure, so that as you zoom in the frondlets have the same form as the overall frond, as do the petals that make up each frondlet. Opabinia, the beast that graces the cover, is one of my favourite of the Cambrian animals, and one that also illustrates the transformation of our understanding of these animals since Stephen Jay Gould wrote Wonderful Life. In 1989 Opabinia, with five stalked eyes and the long proboscis, was one of the ‘weird wonders’. Thanks to more study and phylogenetic methods of reconstructing evolutionary history we now understand that Opabinia is part of the panarthropod diversification, and is positioned on an evolutionary tree between the Cambrian lobopods and the true arthropods. But these two illustrate something else – whereas Rangea probably fed by adsorbing [not absorbing!] dissolved organic nutrients and lacks any discernible gut, eyes, etc., Opabinia was a mobile, predatory animal, with those great five eyes, appendages, and a gut. The contrast between these two illustrates something of the complexity of the ecological and developmental changes between the Ediacaran organisms and those of the Cambrian.

The book contains reconstructions by illustrator Quade Paul. Paleo art must be quite an intriguing process. What was the nature of your collaboration, and how do you come to settle on a ‘final’ representation of each creature?

Doing illustrations with an artist is always an interesting experience, particularly since I probably have not just zero artistic ability but actually negative artistic ability (sucking it out of those who do). But Quade was great to work with. He is the first artist I have worked closely with who used a lot of the new digital tools, and that was quite a learning experience for me. Jim and I selected the animals we wanted to illustrate, and sent Quade copies of illustrations from the scientific literature, or previous reconstructions, and in many cases copies of the original scientific papers. For a couple of the commonly reconstructed animals of the Burgess Shale we had to steer Quade away from some of the reconstructions found on the web. Then there was considerable back and forth between us getting the details of the critter right, refining the pose and the background details. Artists always want to know about colours, but of course fossils aren’t any help, so we had to infer these from studying modern marine animals. The quality of Quade’s work speaks for itself I think. 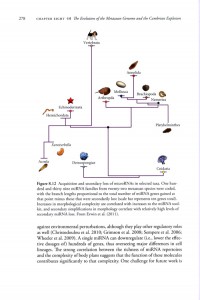 In what ways might the latest research about Earth’s evolutionary past affect current conceptions about biodiversity?

Many people often think of biodiversity in terms of the number of species, in part I think because species are easy to count. But there are many other components of biodiversity – ecological function, morphologic disparity, phylogenetic history, etc. One of the themes of this book is that to understand evolutionary history we often have to look as much at these other aspects of biodiversity. Similarly, as we confront the challenges of the current biodiversity crisis, I am among those biologists who feel that we have to consider conservation priorities in a broader context in order to maximize the amount of evolutionary history that we preserve for future generations.

Do you have any more books in the pipeline?

The Cambrian Explosion was the beginning of a new project on evolutionary innovation that I expect will extend over the next decade. Part of the project involves a book that will involve a much more comprehensive look at evolutionary innovations and major evolutionary transitions through the history of life, from the origin of life to aspects of innovation in humans. This will be a pretty big book, but much different from (and much less illustrated than) The Cambrian Explosion. And one always has other ideas…

Buy a copy of The Cambrian Explosion: The Construction of Animal Biodiversity