For much of this year, we have been writing a series of articles looking at some of the toughest global climate crisis challenges that we are currently facing. This article looks at the local and global implications of deforestation and its relation to climate change.

What is deforestation and why is it happening?

Deforestation is the removal of forests and trees from an area, which is then used for non-forest purposes, such as urban development or agriculture. It has been estimated that, since 1990, 420 million hectares of forest have been lost globally due to deforestation. The main driver of deforestation is agricultural expansion, primarily for commercial ventures such as cattle ranching and palm oil and soya bean cultivation. Around the world, we are thought to lose around 4.7 million hectares of forest per year, but as some areas are regenerated through natural expansion or replanting of new forests, the rate of forest cutting is most likely higher. However, the rate that forests are lost cannot simply be offset by new forests elsewhere; it can take years for even naturally expanded areas to develop. During this time, populations of species particularly sensitive to change could be lost.

Combined with threats from fires, droughts, increasing storm intensity and frequency, pollution, forest degradation through disturbance and the use of chemical insecticides and herbicides, forest habitats are under extreme pressure.

What are the impacts?

Thankfully, the rate of forest loss has been decreasing. Despite this, deforestation is still having widespread, devastating effects on biodiversity, the climate, and our health and wellbeing. Forests are home to a huge variety of species, including invertebrates, which represent a disproportionately large percentage of all species found in forests, and around 60% of all known vascular plant species. These ecosystems also host 80% of all known amphibian species, 75% of all bird species and 68% of all mammal species.

Therefore, deforestation is a significant threat to biodiversity, particularly for more specialist species that are unable to inhabit other areas and those already vulnerable to extinction. Around 28% of all species assessed by the IUCN red list are threatened with extinction, with many of these species being forest dwellers, such as the bizarre-nosed chameleon (Calumma hafahafa), a critically endangered chameleon endemic to Madagascar. This species is thought to only live in montane humid forests within a range of less than 100² kilometres.

Not only does deforestation impact biodiversity, but it can also increase the risk of flooding. Without the presence of trees and their roots to stabilise the soil and slow the flow of water, the soil is more susceptible to erosion which in turn can lead to more surface run-off and less water being absorbed. The removal of trees also contributes to the emission of carbon dioxide and, as tree cover provides shade and slows the rate at which the land heats up, can lead to a rise in local temperatures. Further impacts include changing rainfall patterns and the availability of fresh water. This can have a detrimental effect on agriculture, urban areas and local communities that rely on these natural processes for their water.

Deforestation has been linked to an increase in the exposure of people to zoonotic diseases (diseases spread between animals and people), with viruses such as Zika and Nipah suspected to be associated with human disturbance of forests. We have all seen the impact zoonotic diseases can cause on public health. As widespread deforestation continues, many experts are warning about the health of those living nearby. Around 2 billion people rely on forests for shelter, food and water resources – deforestation threatens their livelihoods.

The impact of deforestation on soil erosion, rainfall patterns and flooding may also lead to food insecurity. Low nutrient soil will reduce yields, which could be devastating as populations grow and food demand increases. This in turn means more land for agriculture is needed to produce more food, resulting in further deforestation.

What is being done to prevent deforestation?

Many countries have laws attempting to manage forest clearing and promote more sustainable practices. For example, the UK government included measures to address deforestation as part of the new UK Environment Bill, which received Royal Assent in November 2021. The new bill will make it illegal for UK businesses to use key commodities that have not been produced in line with local forest protection laws and UK businesses that fail to eliminate ties with illegal deforestation from their supply chains will face fines. However, this still allows for links to legal deforestation which, in many countries, can be just as unsustainable and damaging as illegal deforestation.

Individual companies are also making efforts, such as planting trees for every purchase or donating to charities and organisations involved with reforestation and conservation. Several British firms have signed up to WWF’s forest campaign, pledging to make sure that their wood and paper is legally and sustainably sourced.

By making more sustainable lifestyle choices, there are several small ways you can make a difference, such as by recycling, eating less meat and being a conscious consumer. The latter can be achieved by checking whether the product you are buying comes from a company with strong environmental and sustainability policies. Additionally, using your items for longer can reduce the amount you buy and, therefore, reduces demand for the production of new products.

The Glasgow Leader’s Declaration on Forest and Land Use has been signed by over 100 world leaders, whose countries cover around 85% of the world’s forests. The pledge aims to halt and reverse deforestation and land degradation by 2030, while still allowing for sustainable development and inclusive rural transformation. Twelve nations, including the UK, USA and France, have pledged to collectively mobilise £8.75 billion of public funding over the next five years to help support developing nations.  This pledge is backed by the commitment of over 30 major financial institutions to look at removing commodity-driven deforestation from their investment and lending portfolios by 2025.

However, this deforestation pledge still allows for the removal of forests, focusing on ending net deforestation, with forest loss being replaced “sustainably”. There are a number of ecological issues with this strategy, as new-growth or secondary forest is less able to support the same levels of biodiversity as primary forest, and the period of ecological succession for these habitats to develop can take decades. Therefore, while this large-scale pledge may be a step in the right direction, many forest habitats, such as ancient forests, will still be under threat from deforestation. Read more about the outcomes of COP26 in our blog: Climate Challenges: COP26 Round Up.

FAO and UNEP. 2020. The State of the World’s Forests, biodiversity and people. Rome: FAO

The UK government’s press release regarding the deforestation measures within the UK Environment Bill: https://www.gov.uk/government/news/government-sets-out-world-leading-new-measures-to-protect-rainforests 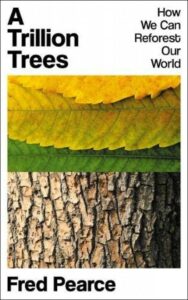 A Trillion Trees: How We Can Reforest Our World
Fred Pearce
Hardback | £16.99 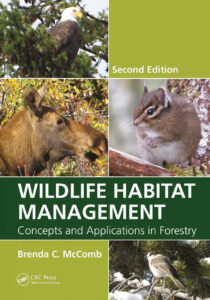