In the lead up to the 26th UN Climate Change Conference of the Parties (COP26) in November of last year, and in the months that have followed, we have been writing a series of articles looking at some of the toughest global climate crisis challenges that we are currently facing. This blog looks at the causes of ocean warming and its impacts on marine ecosystems.

The ocean acts as a heat sink, absorbing large amounts of heat from our atmosphere and storing it over long periods; the ocean has a central role in stabilising our climate system. This heat is moved and mixed by tides, currents and wave action, allowing the ocean to soak up large amounts of heat without significant increases in temperature. This is changing, however, due to increasing concentrations of atmospheric greenhouse gases. IPCC data published in 2013 suggested that the ocean has absorbed over 90% of the excess heat generated by greenhouse gas emissions since the 1970s. This is resulting in increased ocean temperatures, with the greatest warming occurring in the southern hemisphere and in the upper 75m of the oceans surface. Average global ocean surface temperatures increased by 0.11°C per decade from 1971 to 2010. This heat sink process has helped limit the rise of global average temperatures but it has serious environmental consequences.

What are the impacts of ocean warming?

Ocean warming has a wide range of impacts on ocean chemistry, habitats, ecosystems and biodiversity, the severity and type of which can vary between habitats depending on their resilience and present biodiversity levels. Combined with other stressors such as pollution, acidification and increased nutrient input, ocean warming can increase the vulnerability of habitats and marine life to other threats such as parasites and disease outbreaks.

Water temperature is a significant environmental stressor, particularly in shallow or nearshore habitats, as they often act as nursery areas for many species. If water temperatures within nursery habitats rise above tolerable levels, they will no longer be suitable, impacting the survivorship, growth and recruitment of the species that use them.

Oxygen solubility varies depending on the temperature of the water; warmer ocean water holds less oxygen compared to colder water. Warmer water is also less dense, and rising ocean temperatures leads to increasing ocean stratification, where water is separated into layers. This can act like a barrier and prevents the mixing of water, slowing down ocean circulation and reducing the amount of oxygen reaching deeper waters. It is thought that dissolved oxygen levels have fallen by 2% since the 1950s due to the combined threats of ocean warming and excessive algae growth caused by anthropogenic nutrient input. Areas of low oxygen concentrations have expanded worldwide, with hundreds of new sites reported to be affected and anoxic ocean waters quadrupling in volume since the 1960s.

Ocean deoxygenation has serious consequences for marine ecosystems and biodiversity, as oxygen is necessary to sustain life for almost all organisms in the ocean. Deoxygenation could lead to a decline in species numbers, diversity and individual growth, resulting in major ramifications throughout the food chain. In ecosystems already vulnerable due to other pressures such as overfishing, deoxygenation could lead to extinctions and even deadzones. Hundreds of millions of people rely on the oceans as a source of food and livelihood; they could be severely affected by a reduction or collapse in fish stocks.

Corals are marine invertebrates that often have a hard calcium carbonate skeleton. They live in a mutualistic symbiotic relationship with photosynthetic unicellular dinoflagellates called zooxanthellae (endosymbionts), which live in their tissues. They rely on these endosymbionts for up to 95% of their energy requirements. Under certain physiological stresses, such as increasing water temperatures, these endosymbionts can be expelled and the corals turn white without the pigment from the zooxanthellae – this phenomenon is known as ‘coral bleaching’. If the stress continues over an extended period and the coral is not recolonised, the coral will eventually die. Increasing ocean temperatures over the last few decades have resulted in large-scale loss of coral across the world. This has led to degraded coral reef habitats, impacting the ecosystem and species that rely on them. Coral reefs provide food, shelter and spawning grounds for thousands of marine species, therefore the degradation of coral reefs has wide-reaching consequences.

All species have a thermal tolerance range. Some more generalist species are able to tolerate a broader range, but specialist species occupy a much narrower thermal niche and are therefore more vulnerable to temperature change. Temperature changes can trigger a knock-on effect on ecosystem structures as species migrate into more suitable habitats. The general trends in these shifts are a movement to higher latitudes and deeper locations.

Many factors affect a species’ capacity to adapt to rising temperatures, including their dispersal ability, thermal tolerances, habitat or resource needs and the community composition of the new potential habitat. If the new area has high levels of pressure from competition, predation or lack of resources, or the species’ dispersal ability is limited (e.g. the species is sessile), successful establishment is unlikely.

Changes in community structure can negatively impact biodiversity, as the loss of whole populations from initial habitats can trigger a cascade of consequences on predator and prey populations, potentially altering entire ecosystems. These range shifts can also impact the communities already present, as new species could lead to increased competition for resources or the arrival of a novel predator that prey species are not adapted to avoid. There will also likely be socio-economic impacts on local fisheries if species move away from traditional fishing grounds.

Range shifting has been recorded in zooplankton, where warm-water species are extending their ranges poleward at a rate of up to to more than 230km per decade. There has also been a corresponding decline in the abundance of cold-water species in these areas. Zooplankton play a key role in many food chains as they are an intermediary species, transporting energy from the primary producers (phytoplankton) they consume to their predators, such as fish and decapods. Therefore, these changes in zooplankton community composition impact whole marine food webs, especially as warm-water species are generally smaller and less energy-rich.

Some marine species exhibit environmental sex determination, where certain environmental factors can influence the sex of offspring during embryonic or early juvenile development. With increasing ocean temperatures, the proportion of males to females being born could be altered in certain species, leading to biased sex ratios. This can affect reproduction, genetic diversity and potentially population numbers.

Many fisheries are female-dependant, as female fish tend to grow larger, therefore are more likely to grow to harvestable sizes and can produce a larger yield. Southern flounder (Paralichthys lethostigma) exhibits sex reversal to males during early juvenile development at both 18°C and 28°C, with the optimal temperature for female development being 23°C. Southern habitats consistently have higher temperatures of over 27°C, therefore producing more male-biased sex ratios, potentially impacting the viability of fisheries operating out of these locations.

Warming ocean temperatures are also thought to be impacting breeding patterns, with many species reproducing earlier. This could lead to an uncoupling of certain predator and prey interactions if migrating predators arrive too late to feed during spawning events. Some species have been found to breed for a shorter duration, such as black sea bass (Centropristis striata) whose spawning season is starting later and ending earlier in the northern parts of their range. This suggests that there may be lower reproduction and recruitment in newly occupied ranges, demonstrating the potential future impact of warming ocean waters on species experiencing poleward-driven range shifts. Migration patterns have also been noted to be affected, with similar potential results.

Ocean warming also reduces the amount of sea ice. The implications of this, such as sea-level rise, coastal flooding and erosion, will be covered in more depth in a future blog post. 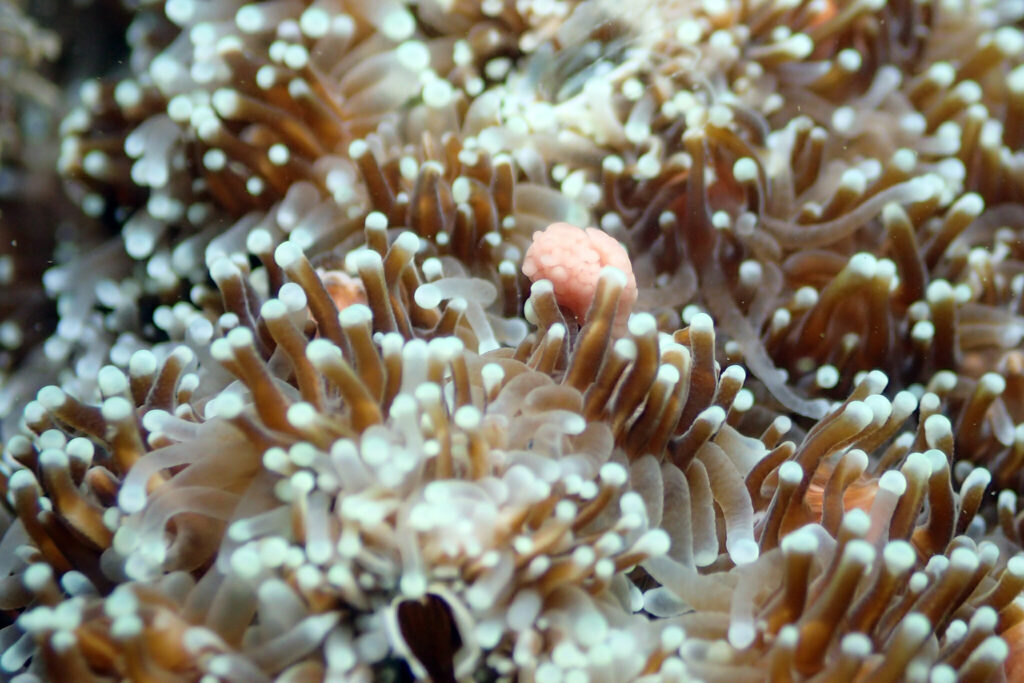 What can be done?

As the main driver for increasing ocean temperatures is the increase in atmospheric greenhouse gases, particularly carbon dioxide, the solution is to reduce our greenhouse gas emissions. Beyond this, we need to protect and restore our marine and coastal ecosystems and manage the other stressors that are exacerbating the impacts of ocean warming. By creating protected areas and restoring degraded habitats, we can create refuges for species and improve biodiversity, which has been shown to increase ecosystem resilience against the impacts of climate change.

By working with fisheries, governments could introduce further policies that work towards sustainability, such as by improving quota limits and reducing by-catch. Many governments and fisheries are already working towards this, but scientific research and accurate data are needed to ensure that population estimates are accurate to prevent overfishing. Steps like these will help to reduce the pressures we place on the marine realm, allowing ecosystems to be more resilient to the effects of ocean warming.

Scientific research into monitoring ocean warming is also important. Up-to-date and accurate measurements, with local and global monitoring of the rates, trends and effects can help policymakers make rapid and correct decisions to mitigate the worst impacts. Many of the policies signed at COP26 may make a positive difference, as reducing deforestation and methane emissions and adopting policies to reach net zero by 2050 will help to limit ocean warming. However, more can and should be done.

Our previous blog, a round-up of COP26, covering the major outcomes of the event and how they might affect our efforts to combat climate change. 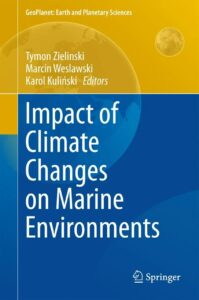 This book discusses the modifications in marine ecosystems related to global climate changes, including shifts in temperature, circulation, stratification, nutrient input, oxygen concentration and ocean acidification, all of which have significant biological effects. 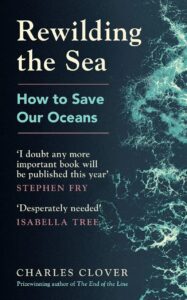 Rewilding the Sea: How to Save Our Oceans
Hardback | June 2022

Charles Clover chronicles how determined individuals are proving that the crisis in our oceans can be reversed, with benefits for both local communities and entire ecosystems. Essential and revelatory, Rewilding the Sea propels us to rethink our relationship with nature and reveals that saving our oceans is easier than we think. 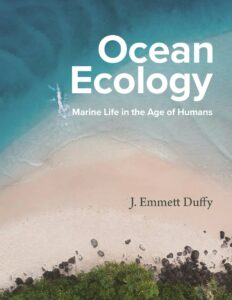 This authoritative and accessible textbook advances a framework based on interactions among four major features of marine ecosystems – geomorphology, the abiotic environment, biodiversity, and biogeochemistry – and shows how life is a driver of environmental conditions and dynamics. 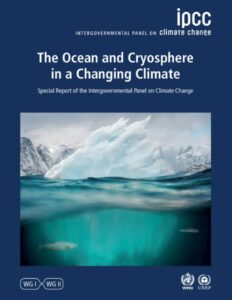 The Ocean and Cryosphere in a Changing Climate: Special Report of the Intergovernmental Panel on Climate Change
Paperback | May 2022

This special report is the most comprehensive and up-to-date assessment of the observed and projected changes to the ocean and cryosphere and their associated impacts and risks. 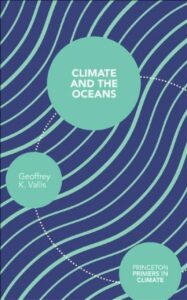 Climate and the Oceans
Paperback | October 2011

This offers a short, self-contained introduction to this subject, beginning by briefly describing the world’s climate system and ocean circulation and going on to explain the important ways that the oceans influence climate. Topics covered include the oceans’ effects on the seasons, heat transport between equator and pole, climate variability, and global warming. 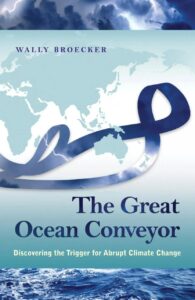 Wally Broecker is one of the world’s leading authorities on abrupt global climate change. In The Great Ocean Conveyor, he introduces readers to the science of abrupt climate change while providing a vivid, firsthand account of the field’s history and development. This book opens a tantalizing window into how Earth science is practised.