We have recently received the sad news of the passing of James Lovelock, an environmentalist, chemist, futurist and the creator of the Gaia hypothesis. 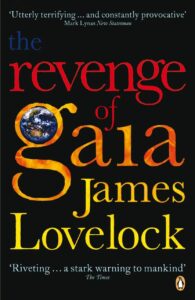 Born in 1919, he attended the University of Manchester at age 21 and graduated with a PhD from the London School of Hygiene and Tropical Medicine in 1948, becoming an independent scientist in 1961. He had since been awarded honorary degrees from several institutions, including the University of Exeter, Stockholm University and the University of Colorado Boulder. His career was varied, from travelling aboard the research vessel RRS Shackleton to working on developing scientific instruments for NASA, and even performing cryopreservation experiments. 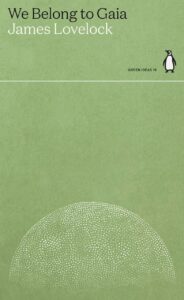 Lovelock was the first person to detect Chlorofluorocarbons (CFCs) in the atmosphere after developing an electron capture detector in the late 1960s. CFCs are nontoxic chemicals used in the manufacturing of products such as aerosol sprays, and are used as solvents and refrigerants. Their role in the depletion of the ozone layer led to their inclusion in the Montreal Protocol, which worked to phase out several substances to protect the ozone layer. During his time aboard the RRS Shackleton, Lovelock measured the concentration of CFC-11 from the northern hemisphere to the Antarctic. These experiments provided the first useful data on the widespread presence of CFCs in the atmosphere, though the damage these cause was not discovered until the 1970s, by Sherwood Rowland and Mario Molina. 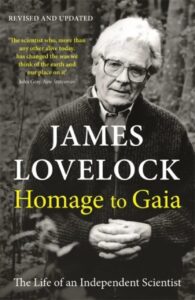 James Lovelock was also known for his Gaia hypothesis. This hypothesis, first created in the 1960s, proposed that the complex interacting system of the Earth’s biotic and abiotic parts could be considered as a single organism. Drawing from research by Alfred C. Redfield and G. Evelyn Hutchinson, Lovelock formulated that living organisms interact with the non-living environment to form a synergistic and self-regulating complex system, by co-evolving with their environment. He suggested that the whole system, including the biosphere, atmosphere, hydrosphere and pedosphere, seeks an environment optimal for life. This evolution is facilitated through a cybernetic feedback system that is unconsciously operated by the biota, leading to a final ‘state’ of full homeostasis. 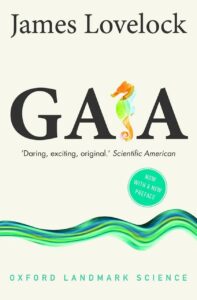 While the Gaia hypothesis is generally accepted by many in the environmentalist community, there has been some criticism, particularly from the scientific community. Lovelock later made revisions to the hypothesis to clarify that there was no conscious purpose within this self-regulating system and to bring the hypothesis into alignment with ideas from other fields, such as systems ecology. This had reduced criticism, but there still remains scepticism from the scientific community.

Lovelock wrote more than 200 scientific papers as well as a number of books on a variety of topics within chemistry, environmentalism, geophysiology, climate change and more. Lovelock’s work has been recognised a number of times, receiving awards such as the Tswett Medal in 1975, the Dr A. H. Heineken Prize for Environmental Sciences in 1990 and the Royal Geographical Society Discovery Lifetime Award in 2001. He was also appointed a member of the Commander of the Order of the Britsh Empire for services to the study of Science and the Atmosphere in 1990 and a member of the Order of the Companions of Honour for services to Global Environmental Science in 2003. In 2006, he was awarded the Wollaston Medal, an achievement also received by Charles Darwin.