We recently received the sad news that the prolific and talented botanical artist, Marjorie Blamey had died, aged 101.

Author and naturalist Peter Marren, looks back her achievements and her invaluable contribution to botany.

Marjorie Blamey, who died in September, aged 101, will be well-known to many as the artist of distinguished botanical field guides. Her paintings of wild flowers, trees and ferns are not only scientifically accurate but a joy to see in their fresh colours and lifelike arrangements. Her main aim, she once said, was to make plants look alive, and she achieved it by painting freshly gathered specimens, not, as many botanical artists did, by trying to breathe life into pressed ones.

Locating and painting around 2,000 different species for each field guide was quite a task. Marjorie and her husband Philip used to tour Europe in a motorised caravan, getting up at dawn to begin painting specimens gathered the previous afternoon, kept fresh in boxes lined with damp paper (at home she used the fridge or even the bath). In her prime she could get through a dozen watercolour paintings by lunch. Few botanical artists have worked so fast, and yet maintained such consistent quality. 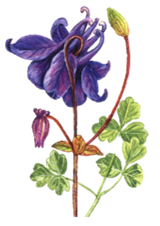 Her big break was the Collins Guide to Wild Flowers of Britain and Northern Europe (1974) – known as ‘Fitter and Blamey’ – which was translated into many European languages and sold a million copies. It was followed by field guides to alpine flowers and Mediterranean flowers, vital identification guides to green tours ever since, and the large-format Illustrated Flora of Britain and Northern Europe (1989) which she wrote with her friend and mentor Christopher Grey-Wilson, and considered her best work. Her last field guide was the ambitious Wild Flowers of Britain and Ireland (2003) – or ‘Fitter, Fitter and Blamey’ –  whose 4,000-odd colour illustrations she completed at the age of 85 (adding yet more paintings to the revised edition ten years later). 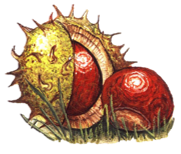 Despite her extraordinary output, Marjorie came to botanical painting surprisingly late. Although she had shown obvious talent in her youth – where she also became an accomplished actress, photographer and, after the outbreak of the Second World War, nurse and ambulance driver – she had largely given up painting to run a dairy farm in Cornwall with her husband, by whom she had four children. She was in her 40s when she began to paint local wild flowers. A friend persuaded her to exhibit, and one thing led to another: a book of magnolias, followed by the first of her field guides.

Marjorie Blamey was modest about her talent. She seems to have loved the life of botanical travel, working all hours to complete her assignments. When you consider that the latest Collins Flower Guide took four artists a number of years to complete, and it took Keble Martin a whole lifetime to finish The Concise British Flora, her total of around 12,000 flower paintings for five major field guides, plus other work, begun in her 50s and ending in her 90s, is a record that will, I suspect, never be exceeded.