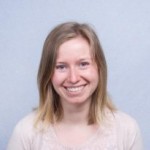 NHBS’ staff members are wild about wildlife! To showcase this, we are encouraging our team to write blogs about their experiences with nature.

During the Summer months, Jon Flynn, a member of NHBS’ Wildlife Equipment Team attended a number of Waterway Surveys for Daubenton’s bats (Myotis daubentonii). Read more about his survey experiences below:

“On Monday 6th July I took part in a Waterway Survey for Daubenton’s bat along a stretch of the River Teign in Devon. The survey is completed twice per year in conjunction with the Bat Conservation Trust and is part of an ongoing data collection programme for bat species around the UK. The lead for this particular survey was John Mitchell who has been surveying this particular length of the Teign, near Teigngrace, for a good number of years. It was my third survey there.

The survey was due to start 40 minutes after sunset, so we met at 9.00pm and made our way along the edge of a maize field to arrive at our first stopping point. This was to be a transect survey which meant walking a length of the river bank and stopping at ten predetermined points to record bat activity at each one. We stood at the river’s edge and immediately noticed that the river level was a lot lower than it was during our last visit a year or so ago. We recorded air temperature and cloud cover and, as we prepared, various species of bats could already be seen zooming around the trees and openings as they commenced another night of nocturnal foraging. The air was very warm, still and humid, and flying insects were everywhere including a host of moths and some less welcome biting species.

As the light faded it was time to start. With bat detectors switched on and earphones in place, we directed a torch beam on the river’s surface and awaited the arrival of the first Daubenton’s.

The Daubenton’s bat is a species which typically occupies riparian woodland.  They often roost in trees along the river bank and hunt by skimming low over the surface of the water for insects. They can take prey from the water’s surface using their feet or tail membrane.

As bats skimmed through the torch beam we were able to count them. We counted the number of passes that we observed and for this a clicker counter is always useful! The bats that we heard but did not see were also recorded as additional information. I set my Magenta 5 at 50hz and listened whilst John relied on his trusty and more accomplished Bat Box Duet.

After four minutes on the stopwatch we finished counting, compared counts and wrote down results. At stop number 1 there were certainly bats present, but they were swooping around quite high above the water surface and not showing the typical behaviour of Daubenton’s – John was dubious that they were our target species so we recorded them only as potential sightings.

Using GPS devices and torches we left for Survey Point 2 further down the river bank and repeated the same process as before. At this location there was no denying that these WERE Daubenton’s bats, as the torch beam caught their pale almost white ventral fur, confirming their identity. Our detectors were full of noise too, including the typical intense zap as a bat homed in on prey.

On we progressed with eight more stopping points to go. Occasionally our river bank scrambles took us through thickets of invasive Himalayan balsam (Impatiens glandulifera) and Japanese knotweed (Fallopia japonica)– a sobering reminder of how our countryside is changing. The night remained still and warm and it almost felt like we were in a different country.

After eight more stops my watch said 11:20pm. It was good to see that bats were in profusion that night, as John stated ‘It was one of the best ever totals, with one stopping point recording over 50 passes!‘.

Two weeks later and we repeated the process. But this second night felt noticeably cooler and there were fewer insects on the wing. Nevertheless bats were still out and about in reasonable numbers and an average score was calculated between the two Waterway surveys.  Overall there were encouraging signs that the Daubenton’s bat continues to do well along this particular stretch of the Teign.”

To find out more information about the various bat detectors available, go to our website. To find out more about how you can help bats in your local area, have a look at our handy guide.

If you like the idea of taking part in Waterway Surveys (or other kinds of bat surveys) then contact the Bat Conservation Trust or have a look at their website here. It’s great fun and you can put your bat detector to important use!