Seabirds, and a Short History of Illustrated Bird Guides 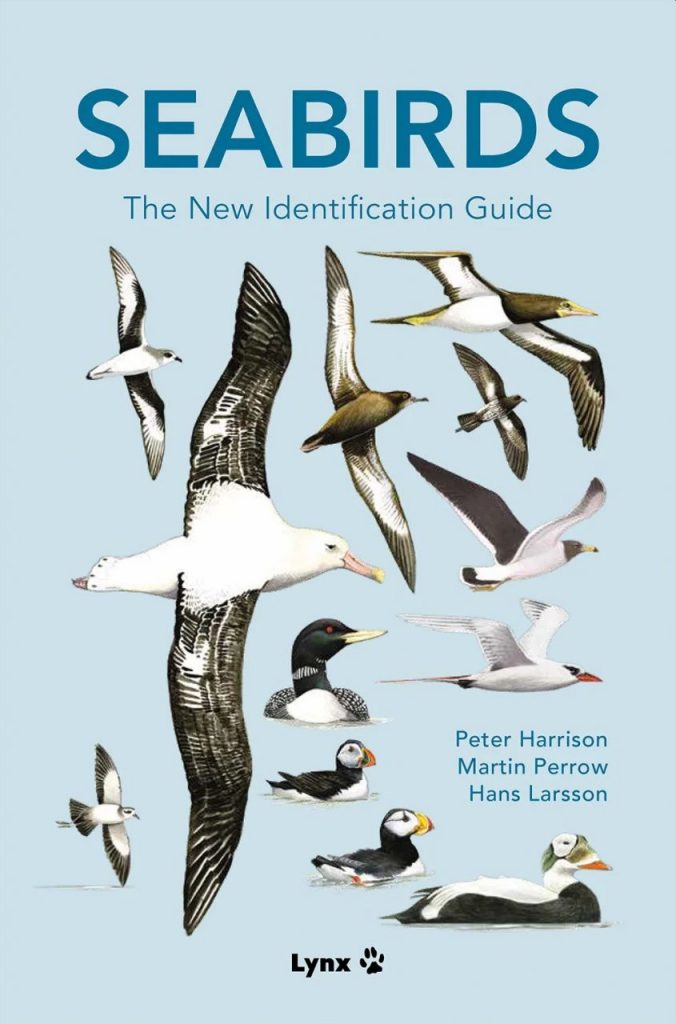 Seabirds by Peter Harrison, Martin Perrow and Hans Larsson represents the latest in a long history of exquisitely illustrated bird identification guides. An update of the original 1983 publication of Harrison’s, it covers all 437 known species of seabird, from seaducks and grebes to cormorants and pelicans. The publication of this beautiful and comprehensive book has prompted us to take a look at some of the history surrounding illustrated bird guides over the past century.

At the end of the 19th century, there existed only a few professional bird illustrators. These were usually employed by wealthy patrons, drawing and painting species as requested for private collections and portfolios, with subjects chosen to reflect their patron’s specific ornithological interests. By the turn of the 20th century there were a small number of illustrated bird guides available commercially, such as H.E. Dresser’s A History of the Birds of Europe, published in nine parts between 1871 and 1896. However, these were extremely expensive to purchase due to high production times and costs.

One of the first widely available bird books, The Observer’s Book of British Birds, was published in 1937. Illustrated by Archibald Thorburn, who was eager to embrace the new age of print, the book included plates that showed species in a natural setting and was incredibly popular with a post-war audience. This was closely followed by The Handbook of British Birds by H.F. & G. Witherby (1938-1941) which consisted of five volumes illustrated in colour. These were later combined into a single volume: The Popular Handbook of Birds (1962). At this time, most illustrations were based on museum specimens, as fieldwork was limited by poor optics and the cost of travel, and very few photographs of live specimens were available. Because of this, images, although technically accurate, often missed details of ‘jizz’ and other useful field characteristics as well as seasonal differences in plumage.

The years and decades following the second world war saw a growing interest in birds in Britain, helped considerably by the RSPB which encouraged the creation of bird art and viewed it as a useful tool for inspiring public interest. At this time, Charles Tunnicliffe’s two albums: Bird Portraits and Wild Birds of Britain, alongside his four What To Look For In Spring/Summer/Autumn/Winter books were incredibly popular with both children and adults. Unusually for the time, Tunnicliffe only worked from real-life specimens which gave his illustrations a rare lifelike vibrancy. (Tunnicliffe is also well known for his illustrations of country life and the original wood engravings included in Tarka the Otter).

The late 1940s and 50s saw the publication of the first ‘modern’ field guides, in which much more attention was paid to identifying characteristsics, behavioural details and notes on confusion species. Of these, the Collins Pocket Guide to British Birds, illustrated by Richard Richardson and the Collins Field Guide, illustrated by American artist Roger Tory Peterson, were by far the most popular. While the Pocket Guide grouped birds by size and similarity, with no regard for taxonomic relatedness, Peterson’s book arranged birds taxonomically, a difference that split readers in their preference for each style.

The 1960s saw a huge ecological awakening in Britain, and an increased interest in the natural world. Popular bird art at this time also experienced a boom with the arrival on the scene of talented artists such as Basil Ede and Robert Gilmore, the latter of who was instrumental in forming the Society of Wildlife Artists (SWLA) in 1964. The decades following were a wonderful period for illustrated bird guides and a number of key publishers now found that it was financially viable to produce these in much higher numbers and successfully market them to the general public. Notable publications from the 1970s include the Hamlyn Guide to the Birds of Britain and Europe, The Collins Pocket Guide to Birds of Britain and Europe and the extremely ambitious Handbook of the Birds of Europe, the Middle East and North Africa, The Birds of the Western Palearctic.

The 1980s were notable for the arrival of the first modern family monographs, beginning with Seabirds in 1983, beautifully illustrated by Peter Harrison. Unlike general field guides, these focused exclusively on a single family of birds, and were incredibly popular. Seabirds was closely followed by Shorebirds, illustrated by Peter Hayman, and Wildfowl, illustrated by Hilary Burn. However, the most ambitious and well-known example of this format is the Handbook of the Birds of the World which stands at 16 volumes, published by Lynx over a period of 20 years.

Still, expectations continued to rise and the quest for the perfect field guide continued, until the Collins Bird Guide finally appeared in 1999. Renowned globally for the quality of the artwork – which is considered to be exceptional, both aesthetically and as an identification aid – this book has remained the stalwart companion for huge numbers of birders over the past two decades. The third edition, due to be published this year, features expanded text and additional colour illustrations.

More recently, a number of ambitious, large-format illustrated bird guides have been published. All the Birds of the World, published by Lynx in 2020, features more than 20,800 illustrations, covering 11,524 species. Collins Birds of the World, published a year later in 2021, is the complete collection of the Collins Field Guides’ incredibly detailed, accurate and beautiful bird paintings, brought together in one comprehensive volume. The all-encompassing guide featured 10,711 species, including 301 full-colour plates.

Seabirds is a wonderful continuation of the rich history of illustrated bird guides and is a shining example of a book which is both invaluable as an identification guide, and treasured as a work of art.