This post is the third of a four-part series on polarised discussions in science and how to deal with misinformation. You can find Part 1 introducing the topic here, Part 2 on climate change here,  and Part 4 on dealing with misinformation here.

Ever since Darwin published On the Origin of Species (1859; 150th Anniversary Edition, Darwin & Endersby, 2009), his ideas have been much debated. There have been many scholars over the years who disagreed with some or all of his ideas, and the history of this is charted in books such as Defining Darwin: Essays on the History and Philosophy of Evolutionary Biology (Ruse, 2010), Darwin’s Dangerous Idea: Evolution and the Meanings of Life (Dennett, 1995), The Non-Darwinian Revolution: Reinterpreting a Historical Myth (Bowler, 1988), and The Eclipse of Darwinism: Anti-Darwinian Evolution Theories in the Decades Around 1900 (Bowler, 1983). These academic discussions and disagreements have 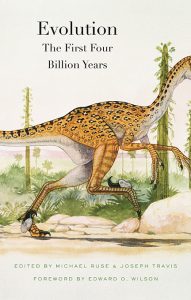 From the outset, however, there has also been an intense clash between evolutionary theory and religion, especially in America, both in general (see for example The Book That Changed America: How Darwin’s Theory of Evolution Ignited a Nation (Fuller, 2017)), but especially with the fundamentalist Christian school of thought of Creationism. The Oxford dictionary defines this as ‘The belief that the universe and living organisms originate from specific acts of divine creation, as in the biblical account, rather than by natural processes such as evolution’. It was Darwin himself who, in an 1856 letter to Joseph Dalton Hooker, dubbed its proponents, who objected to the emerging science of evolution on religious grounds, Creationists.

A particularly notable and influential episode that had enormous consequences was the 1925 Scopes trial, in which American high school teacher John T. Scopes was accused of violating Tennessee’s Butler Act, which had made it unlawful to teach human evolution in state-funded schools (see The Scopes Monkey Trial (Moore & McComas, 2016), and The Scopes Trial: A Brief History with Documents, though for an alternative interpretation offering, in the words of the publisher ‘an apologetic for divine creation’, see Monkey Business: True Story of the Scopes Trial (Olasky & Perry, 2005)). He was found guilty, though not convicted, and the trial escalated the conflict between strict creationists and scientists regarding the extent to which evolution would be taught as a science subject in schools. Trying Biology: The Scopes Trial, Textbooks, and the Antievolution Movement in American Schools (Shapiro, 2013) provides a wider historical context to 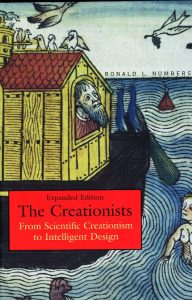 the trial. The matter of teaching evolution remains contested to this day. After the US Supreme Court in 1987 forbade teaching creationism in public schools on the grounds it violated the separation of church and state, Creationists rebranded their ideas to Intelligent Design, or ID for short (see Creationism’s Trojan Horse: The Wedge of Intelligent Design (Forrest & Gross, 2007)). These efforts have been fronted by, yet again, a conservative think tank, here the Discovery Institute. There are several books charting the controversies since the Scopes trial, for example Intelligently Designed: How Creationists Built the Campaign Against Evolution (Caudill, 2013), American Genesis: The Evolution Controversies from Scopes to Creation Science (Moran, 2012), Darwinism and its Discontents (Ruse, 2006), and the exhaustive The Creationists: From Scientific Creationism to Intelligent Design (Number, 2006). Also noteworthy is Randy Olson’s even-handed 2006 documentary Flock of Dodos: The Evolution-Intelligent Design Circus.

As the US Supreme Court forbade the teaching of Creationism on the grounds of it being a religion, ID proponents argue theirs is an evidence-based scientific theory. In their view, certain complex features of the universe and living beings are irreducibly complex, and thus proof for the existence of a divine creator. These ideas are elaborated in books such as Undeniable: How Biology Confirms Our Intuition That Life Is Designed 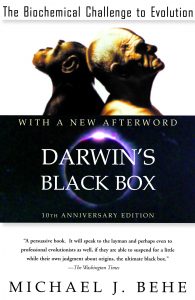 (Axe, 2016), Evolution: Still a Theory in Crisis (Denton, 2016), Darwin’s Doubt: The Explosive Origin of Animal Life and the Case for Intelligent Design (Meyer, 2013; Stephen Meyer is the head of the Discovery Institute), Signature in the Cell: DNA and the Evidence for Intelligent Design (Meyer, 2010), and Darwin’s Black Box: The Biochemical Challenge to Evolution (Behe, 1995; considered by many the foundational text for the ID movement).

Many biologists have widely criticised ID, and it is generally considered as a pseudoscience. See amongst others Inside the Human Genome: A Case for Non-Intelligent Design (Avise, 2010), Why Evolution is True (Coyne, 2009), The G 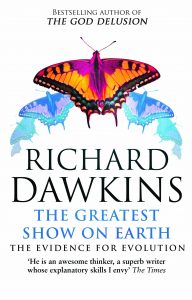 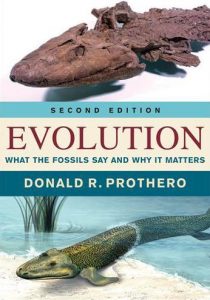 reveals a grander design (Darwin and Design: Does Evolution Have a Purpose? (Ruse, 2003), and The Blind Watchmaker: Why the Evidence of Evolution Reveals a Universe Without Design (Dawkins, 1976; 40th Anniversary Edition, 2016)). For contributions hypothesising how complexity might have emerged naturally, see for example The Arrival of the Fittest: Solving Evolution’s Greatest Puzzle (Wagner, 2014), or The Tinkerer’s Accomplice: How Design Emerges from Life Itself (Turner, 2007).

Many hard-line scientists, Richard Dawkins included, argue that there is no debate to be had in the first place. There is no point arguing facts with a believer. Engaging these beliefs, and, as the Discovery Institute would have it, ‘teaching the controversy’, merely provides legitimacy to a non-existent controversy (though see Teaching Evolution in a Creation Nation (Laats & Siegel, 2016) for a proposition on how to break the 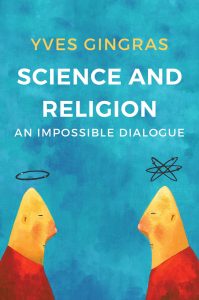 deadlock between science and religion). This touches on the age-old question of what dialogue there can be between science and religion. Dawkins, known for his militant atheism, is outspoken on the matter in his polemical The God Delusion (2006; 10th Anniversary Edition, 2016), while other authors have branded this as a futile effort (see for example Science and Religion: An Impossible Dialogue (Gingras, 2017) and Faith Versus Fact: Why Science and Religion Are Incompatible (Coyne, 2015)).

Amidst this fierce debate between two extremes, it is easy to overlook there are more moderate ideas. Many religious people do not support a literal reading of holy texts, and supporters of theistic evolution hold that religion and evolution need not contradict each other. The argument that geneticist Francis Collins puts forth in The Language of God (2006) boils down to “evolution is real, but it is the hand of God”. And he is not alone, Monkey Trials and Gorilla Sermons: Evolution and Christianity from 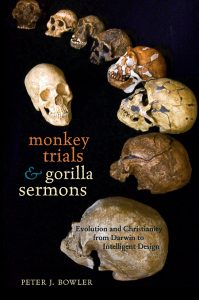 Darwin to Intelligent Design (Bowler, 2007) traces the long history of how churches have sought to reconcile Christian beliefs and evolution, and see ‘reflections of the divine in scientific explanations for the origin of life’. Whether you agree with this or not (religious fundamentalists see it as a capitulation, while Dawkins in The Blind Watchmaker has called it a superfluous attempt to ‘smuggle God in by the back door’), this rapidly leaves the realm of scientific enquiry and becomes one of personal beliefs.

Click here for the final part, which looks at books on how to deal with misinformation.