The NHBS Guide to Moth Traps

In this brief guide, we will take a look at the main types and designs of moth traps. We will also address many of our most frequently asked questions, including why you will no longer find Mercury Vapour traps for sale at nhbs.com. 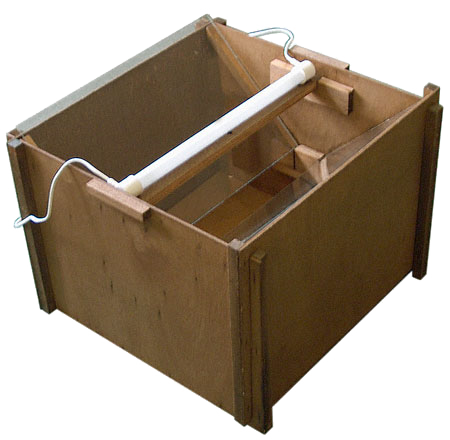 Skinner Moth Traps will attract in excess of 500 moths on a very good night. The main advantages of Skinner Traps are price and portability, and they also let you access your catch whilst the trap is running. Skinner Traps collapse down quickly and easily when not in use, making them very easy to store and transport. They are available with actinic electrics and can be provided with either 240V (mains powered) or 12V (battery-powered) control panels. Lucent traps have a clever design with all components fitting neatly into a suitcase-style case.

The traditional Heath Moth Trap has a small actinic tube mounted vertically within three vanes that work together to attract and then deflect moths downwards into the holding chamber below. The traps are very lightweight and portable and are usually powered by a 12V battery, although mains powered traps are also available. Variations on the Heath Trap design include the “Plastic Bucket” model which allows the trap to be packed away and carried conveniently. Although catches from Heath Traps tend to be less than for Robinson and Skinner traps due to their lower wattage bulbs, their affordability and portability makes them a great choice for beginners or for use at remote sites. 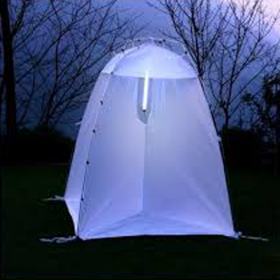 Moth Collecting Tents provide a unique alternative to traditional style moth traps and are ideal for educational use or group trapping events. They consist of a large white fabric structure that is fitted with a UV light source. Moths that are attracted by the light settle on the white fabric and can be observed or collected for study. As the collecting area is large and accessible, it is easy for many individuals to view the specimens at the same time. However, tents and sheets do not have the same retention rates as traditional box-type traps.

What kind of trap is best for garden or educational use?
The design of the Skinner Trap means that you can access the catch without having to switch off the bulb. This is particularly useful if you are looking at your catch over the course of the evening, rather than leaving the trap all night and returning to it in the morning. Skinner Traps also have the added benefit of collapsing down, making them easier to store.

Which trap is best for unattended trapping?
Some moths will escape from both Heath and Skinner trap designs, but Skinner Traps will attract a higher number of moths.

Why can I no longer find Mercury Vapour traps on your website?
Mercury Vapour bulbs have recently been phased out as part of the Restriction of Hazardous Substances Directive. Therefore, we have removed the traps from our range and are now focusing on actinic replacements. If you have a Mercury Vapour trap and would like to convert it to run with actinic electrics, please get in touch with us to have a chat about this.

What are actinic bulbs?
Actinic bulbs produce a small amount of UV light alongside the visible light which makes them more “attractive” to moths. They are not as bright as Mercury Vapour bulbs but because they don’t get as hot they are much safer to use, particularly for public and attended trapping events. They are also much less of a disturbance to neighbours if you are using the trap in your garden.

What is the difference in catch rates between the different traps?
Skinner Trap will attract the highest number of moths. Heath Traps will retain fewer moths but will still attract the same range of species. You can therefore obtain similar results trapping for a longer period or over several nights in the same area.

Do different traps attract different species?
No, all traps using actinic electrics will attract the same range of species. However, species of macro-moth from different families have been shown to vary in the extent to which they are attracted to a light source. This means that care must be taken when estimating local abundance from the relative abundance of species in your trap as some species will be attracted from a wider area than others.

A full range of moth traps and other entomological equipment is available at www.nhbs.com