The 29th-31st January marked the 42nd Big Garden Birdwatch. This citizen science survey asks members of the public across the UK to count the numbers and species of birds that land in their gardens in a one hour period. In 2020 almost half a million people took part and 7.8 million birds were counted.

This year, the RSPB launched the Big Garden Birdwatch Live to run alongside the counts. A full weekend of live events including interviews and Q&As with Nick Baker, Chris Packham and a host of RSPB staff members. Bird feeders from nature reserves around the country were live streamed throughout. 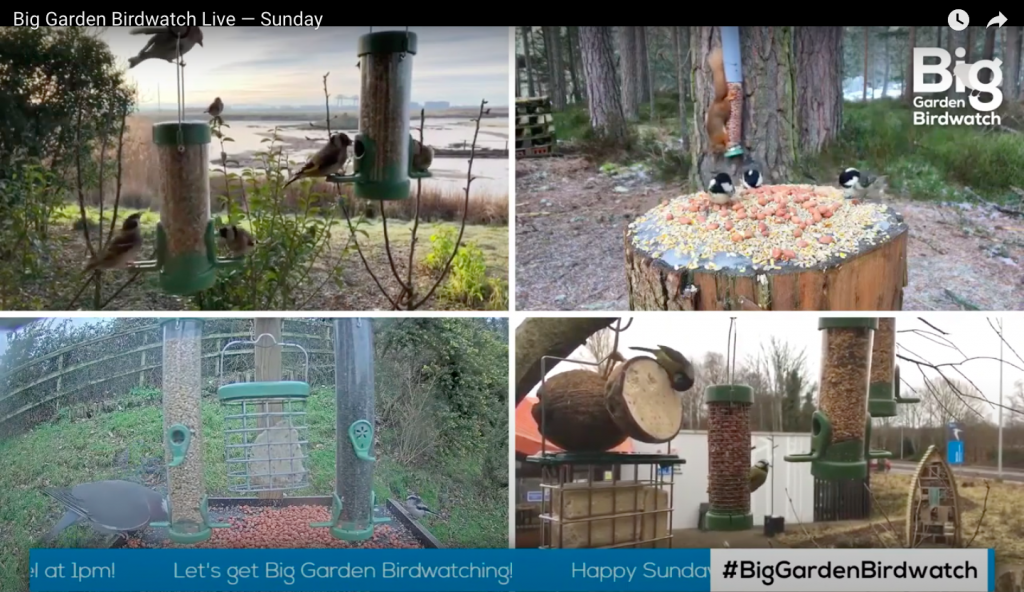 At NHBS more of us than ever decided to take part and record the species that visited our gardens. Some of us were luckier than others; with weather warnings across Devon it was a wet and windy weekend. Despite the conditions we were treated to some wonderful sightings and as a group spotted 23 different species.

Overall a much higher number of pigeons and corvids visited our gardens than in previous years, as it seemed these larger birds were the least phased by the rain. Long-tailed tits and blue tits were the most highly spotted passerines.

See our results below:

Nigel’s three children assisted with his survey and helped identify a great range of species.

Catherine had a quieter hour, but still counted 3 species, all of which were in last year’s top 10!

Angeline’s dog Freya must have brought her some good luck! She was treated to 12 species including a nuthatch and firecrest, two fantastic sightings.

Phoebe’s family had the highest quantity of birds visit their garden, an impressive 26 individuals. Her sister Amabel even managed to take this beautiful photo of a Great spotted woodpecker.

Oli’s garden seems to reliably attract corvids and pigeons, as he counted very similar numbers to his 2020 survey.

Antonia was treated to a large flock of jackdaws. She also saw a grey wagtail – a species more fond of riverside habitats, although they do tend to venture further during the winter.

Living in the centre of town led to my own list being dominated by relatively urban species.

Across our 8 gardens we counted a total of 117 birds across 23 different species.

Have you taken part in the Big Garden Birdwatch? Don’t forget to submit your results by the 19th of February here.