In this addition to our UK Identification Guide series, we are taking a look at some of our most common garden birds.

Very little is required by way of equipment to watch birds. However, a decent pair of binoculars or scope and a good field guide can go a long way to enhancing the experience and improving your skills. (If you’re looking for suggestions, we’ve included a few of our most popular field guides at the end of this post.)

If you’d like to contribute to the understanding of birds and research into garden wildlife, why not take part in either the BTO’s Garden BirdWatch (all year round) or the RSPB’s Big Garden Birdwatch (annually in January).

Where and when to look for birds

One of the things that makes birdwatching such a great activity is that birds can be found at all times of the year. Although their numbers may swell and decrease at various times of year, due to the arrival and departure of various migrants, it is a rare day that you will venture outdoors and fail to see even one of our winged neighbours.

Autumn and winter are particularly good times for garden birdwatching, as this is the time that birds will benefit most from extra nuts and seeds provided in bird feeders; many will flock to gardens to take advantage of this additional source of food. A well positioned bird feeder also allows you to watch birds from the comfort of an armchair, accompanied by a hot cup of tea!

ID notes: The Great Tit is the UK’s largest tit species. It has a yellow breast with a central black stripe, a green back, black head and prominent white cheeks.

ID notes: An incredibly colourful bird, the Blue Tit has a yellow breast, green back, blue wings and a blue patch on its head. The face is white and a slim black stripe runs horizontally through the eye.

ID notes: The Great Spotted Woodpecker has a striking black and white body and wings and is roughly the size of a blackbird. Males have a red patch on the back of the head, and juveniles also have a red crown. They fly with a distinctive swooping up and down style and can often be heard drumming while clinging to a tree trunk.

ID notes: The cheeks and breast of the Chaffinch are rust-red (male) or buff-grey (female) coloured and the wings have two distinctive white bars on a dark background. Although they don’t regularly feed openly on bird feeders, they can often be found on the ground beneath and elsewhere in the garden.

ID notes: The Nuthatch has a blue-grey back, chestnut sides and a distinctive black eye stripe. It often perches head-down on feeders and tree trunks.

ID notes: This brightly coloured finch has a vibrant red face and a yellow wing bar. The black tail has white spots and the rump (visible when in flight) is white.

ID notes: A robust looking bird with a bushy plumage. Feathers are streaked brown and black. Male sparrows have a black bib and eye region and the bill is black during breeding. Females often have a buff-coloured ‘eyebrow’.

ID notes: Male blackbirds are incredibly striking and have black feathers with a bright orange beak and eye ring. Females are brown and often have spots or streaks on their breast.

ID notes: The Coal Tit has a black head, white cheek patches and a white wing bar. The back of the head features an oval white patch. Its back is blue-grey and the underside is buff.

ID notes: The Siskin is a small finch which has a black and yellow streaked body and a distinctly forked tail. The male has a black crown and a lot of black in the wing.

ID notes: Fairly similar to a House Sparrow, the Dunnock has brown, streaked upper parts and a blue-grey head and breast. This shy bird is often seen creeping around near cover such as bushes or flower beds. 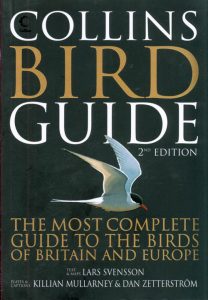 Covering Britain and Europe, this beautifully illustrated book provides all the information needed to identify any species at any time of year, with detailed text on size, habitat, range, identification and voice. 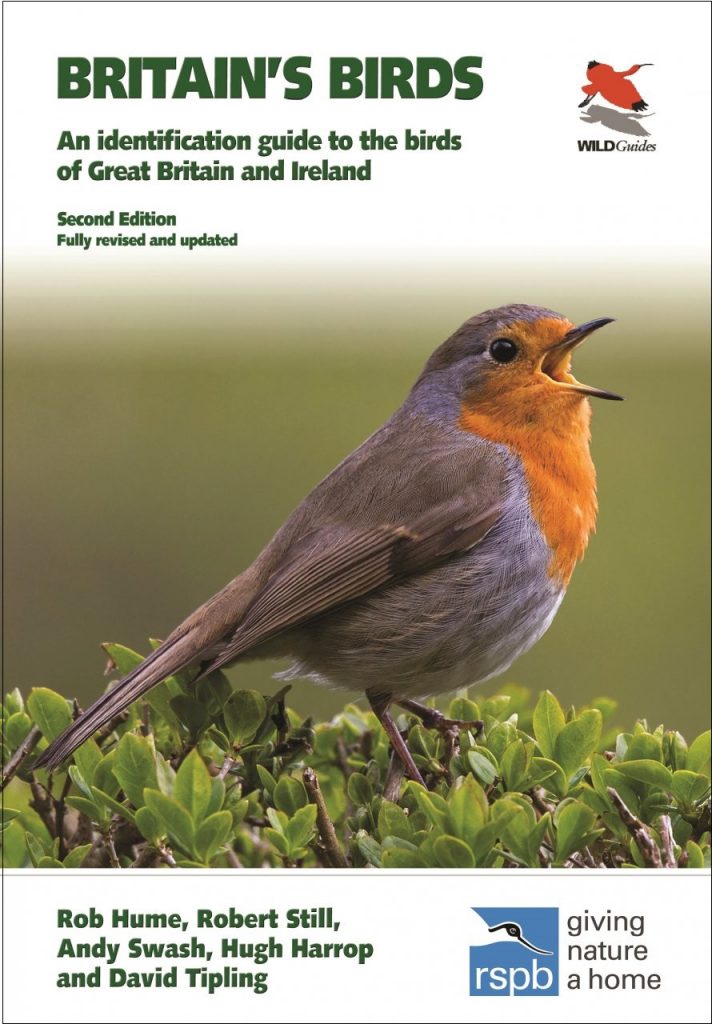 A bestselling guide since it was first published, Britain’s Birds has established itself as the go-to photographic identification guide to the birds of Great Britain and Ireland – the most comprehensive, up-to-date, practical and user-friendly book of its kind. 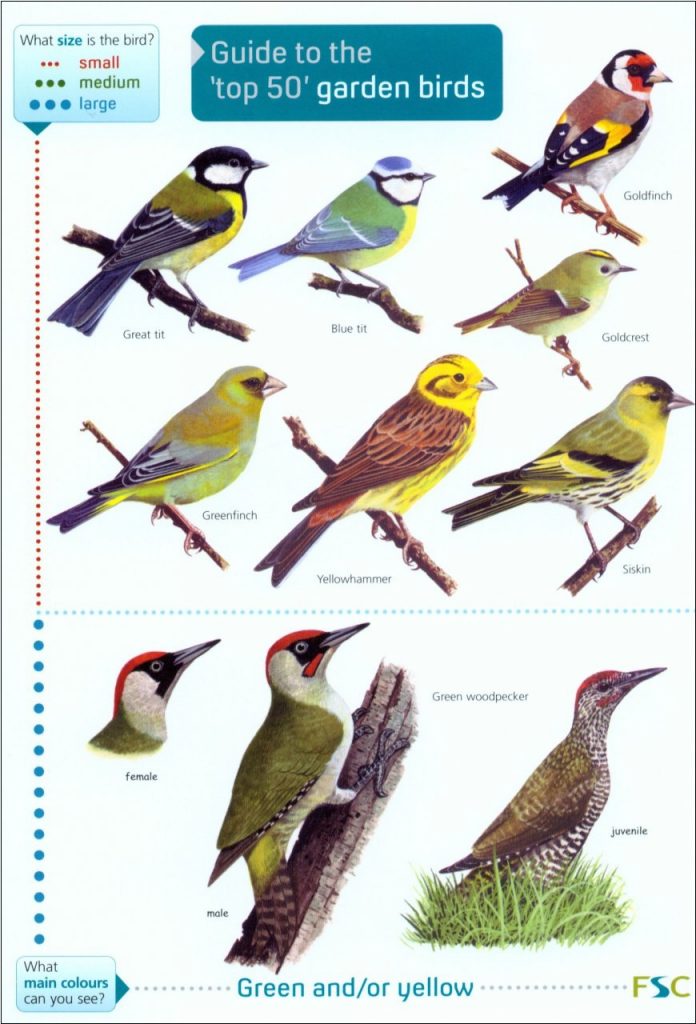 This guide is designed to help identify the majority of species likely to be found in a garden throughout the year. The choice of ‘top 50’ is based on the relative abundance of species recorded in the UK by the BTO Garden BirdWatch survey.