Small mammals are charismatic animals, but often elusive. They are rarely seen as more than a passing glimpse of a small scurrying creature. Although sadly often viewed as pests, small mammals are an important part of our ecosystems.

In this blog we will focus on some of the most common, native species of rodent and insectivore in the UK, providing key characteristics that will help you to identify them in the field.

There are four species of mice in the UK. All have relatively large eyes and ears and long scaly tails with little or no hair.

Identification: The wood mouse is a ‘stereotypical’ mouse in terms of appearance and has a chestnut-brown back and white belly. Long tail, large ears and big eyes. Moves quickly by hopping/jumping.

Habitat: Often found in woodland and fields but also common in a variety of other habitats. Generally the most often caught in small mammal surveys.

Identification: Grey–brown all over including the undersides.

Habitat: Commonly associated with houses, buildings and barns, although also found in the countryside. This species is one of the more commonly spotted due to its cohabitation with humans.

Identification: A very small mouse with golden fur and white undersides. Its long tail is prehensile and can be used as an extra ‘limb’ to hold onto vegetation as it climbs.

Habitat: Lives in long vegetation such as reed beds, marshes and roadside verges. Builds small, round nests made of intertwined grass stalks.

Did you know? The average adult harvest mouse weighs roughly the same as a two pence piece!

Identification: This species looks almost the same as the wood mouse in appearance, except that the yellow-brown colouration on its back continues around in a band across the neck.

In comparison to mice, voles have much shorter and more rounded snouts. They also tend to have smaller ears and eyes in proportion to their body size. There are three species of vole native to mainland UK: two of these species – the bank and field vole – appear very similar and are easily confused.

Identification: Red-brown upper coat with a pale cream/grey underside. The bank vole’s tail is about half the length of its body. This is an important distinguishing factor for comparison with the field vole which has a proportionately shorter tail.

Habitat: The bank vole is often found in hedgerows, heathland, grassland and woodland, as well as in more urban areas.

Identification: The fur of the field vole is more yellow-brown than the bank vole. It is often described as ‘cooler’ in colour. The underside is creamy-grey. Its tail is about a third of the length of its body (shorter proportionately when compared to the bank vole). For this reason it is also known as the short-tailed field vole.

Habitat: Ungrazed grasslands and areas of tussock are the preferred habitat, although this adaptable mammal will find a home wherever grass is available.

Did you know? The field vole is estimated to be the most abundant mammal in the UK, although it is rarely seen. Look out for small round tunnels in areas of long grass. You may even find a ‘lawn’ at the entrance with shortened grass and piles of grass cuttings.

Identification: Dark brown fur and a hairy tail which is about half the length of the head and body. Characteristic bright yellow teeth.

Size: Up to 22cm in length excluding the tail. Roughly rat-sized (double the size of the field and bank voles).

Habitat: As the name suggests, this vole spends much of its life in the water. They live in burrows alongside river canals and are most often spotted swimming.

Did you know? When startled, water voles dive into the water making a characteristic ‘plop’ sound. So, be sure to keep an ear out when walking alongside rivers.

There are four species of shrew native to the UK, although only three are found on the mainland. The other – the greater white-toothed shrew – is found only on islands such as Guernsey, Alderney and Herm.

Shrews tend to be smaller than most other species of small mammal found in the UK, and have a distinctive long pointed snout and very small eyes and ears.

Identification: Fur is three-toned, transitioning from dark brown on the back to paler brown to white on its undersides. The common shrew has a tail which is roughly half the length of the body; this is shorter, proportionally, than that of the pygmy shrew.

Habitat Widespread across a variety of habitats including gardens, hedgerows, grassland and woodland.

Did you know? Common shrews have a very high metabolism and must eat every 2-3 hours in order to survive.

Identification Two-toned fur going from a grey-brown upper to an off-white belly. The pygmy shrew has a longer and wider tail in proportion to its body when compared with the common shrew; roughly two-thirds of its body length.

Habitat: Widespread across a variety of habitats including hedgerows, grassland and woodland.

Habitat: Usually found near streams and wetlands. If you see a shrew swimming, it is most likely this species! They even swim underwater to hunt for prey.

Did you know? The water shrew is a venomous mammal. Its saliva can paralyse even larger prey such as frogs and newts.

Identification: Golden fur, big ears and eyes. The most characteristic feature is their incredibly fluffy tail. This means that they are sometimes mistaken for a young squirrel.

Habitat: Dormice are arboreal, meaning that they spend most of their lives in trees, although they return to the ground to hibernate during winter. Despite their name, hazel trees are not a habitat requirement – although they are often preferred. Found in coniferous, deciduous and mixed woodland.

Did you know? The hazel dormouse is not technically a true mouse. They are related to both mice and squirrels but are classified in their own separate family. 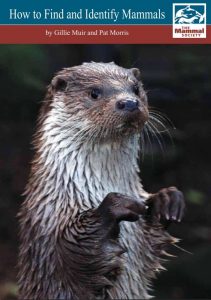 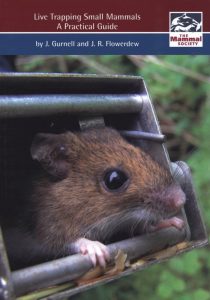 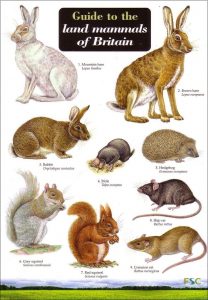 This laminated pamphlet is produced by the Field Studies Council and contains images of all of Britain’s land-based mammals. Provides a useful overview and aid to identification. 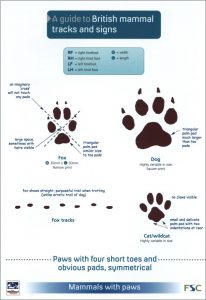 A Guide to British Mammal Tracks and Signs
#128853

This Field Studies Council guide is the perfect solution to identifying the presence of mammals from their tracks and signs. Footprints, dropping and feeding remains are all included in this helpful laminated pamphlet. 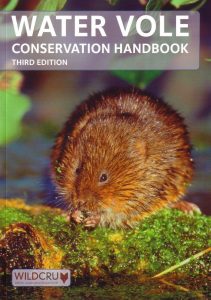 This handbook aims to improve the understanding and awareness of the requirements of water voles.