With publication of the August issue of British Wildlife, the magazine’s 33rd volume is complete. While we wait for the start of volume 34, in October, we have taken the opportunity to look back at some of the themes and topics covered during the past year, ranging from in-depth natural histories of species and places, to critiques and commentaries on key topics in environmental policy. The selection below offers just a small sample of recent subjects – for a full list of articles from volume 33 and further back in the magazine’s history, visit the British Wildlife website. 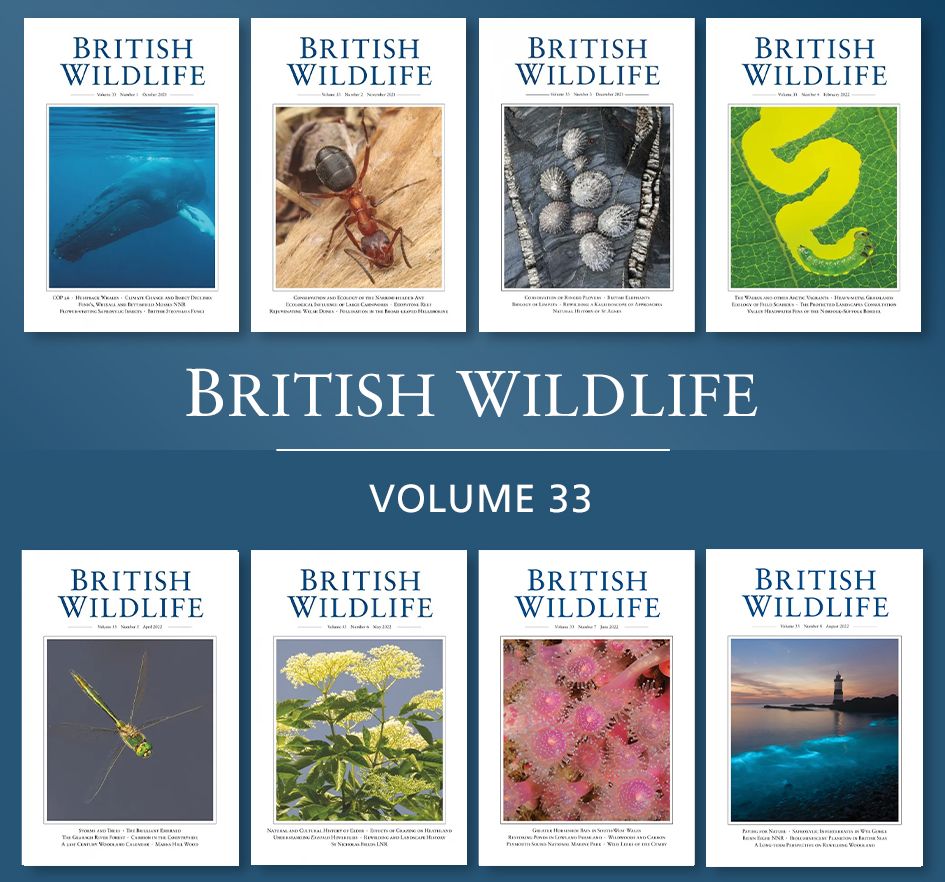 Species-focused articles have spanned the taxonomic spectrum, covering everything from fungi through to the (long-extinct) elephant species that roamed Britain through prehistory. Further mammalian subjects have included the Walrus and other Arctic vagrants and a long-term study of Greater Horseshoe Bats in south-west Wales, while, turning to the more ‘obscure’, we have seen pieces on the Narrow-headed Ant and Brilliant Emerald dragonfly, two rare insects with unusual split distributions in Britain, the remarkable biology of limpets and their influence on rocky-shore ecosystems, and the identification of British Stropharia fungi. Meanwhile, contributions on botany have explored the culture and ecology of Common Elder, and the place of Wild Leeks in Welsh history.

Places featured include the unique primeval floodplain forest of the Gearagh in south-west Ireland; the surprisingly diverse grasslands formed on toxic mine spoil and metal-rich rocks in northern Wales; the vibrant St Nicholas Fields, an urban Local Nature Reserve in the heart of York; the varied submerged and coastal habitats of Plymouth Sound, Britain’s first National Marine Park; and Beinn Eighe NNR in the western Highlands, which in 2021/22 is celebrating its 70th year as a National Nature Reserve.

Other articles have reviewed some of the most serious challenges for conservation, such as the disruption to invertebrate life-cycles caused by climate change, and the ecosystem-level impacts of overabundant carrion in the countryside. Meanwhile, on a practical level we have seen case studies on work to restore dynamism to Welsh sand dunes, the conservation of beach-nesting Ringed Plovers, the effects of grazing by cattle on the vegetation of lowland heathland, and techniques for finding and reviving ‘ghost ponds’ – old infilled farm ponds – for the benefit of aquatic species and other farmland wildlife.

In environmental policy, we started the volume with analysis of what to expect from the COP 26 climate-change summit (held in Glasgow in October/November 2021), while later issues saw scrutiny of the government’s response to the protected landscapes review and, most recently, a critique by Professor Sir Dieter Helm of the government’s proposed Nature Recovery Fund. Outside the main articles, the conservation news feature has continued to keep a finger on the pulse of the most important stories and developments, including guest contributions on the scandal surrounding release of sewage into rivers, the tragic and ongoing outbreak of Highly Pathogenic Avian Influenza in wild bird populations, and analysis of potential threats to existing environmental-protection powers from the draft Levelling Up Bill.

On top of this, we have continued to explore the role of rewilding in UK conservation as part of our ‘Wilding for Conservation’ series. Recent articles have discussed the possible limitations of rewilding based on perspectives from landscape history, the importance of ‘wildwoods’ in mitigation of climate change, and observations from a long-term study of rewilding in ex-coppice woodland.

Looking ahead, readers can expect a similarly eclectic mix from volume 34, including contributions on the folklore of the alluring but highly poisonous plant Henbane, the creation, management and wildlife of the Gwent Levels, the history of the Black Rat in Britain, efforts to conserve Black-tailed Godwits in the fens of East Anglia, further articles in the Wilding for Conservation series, and much more. 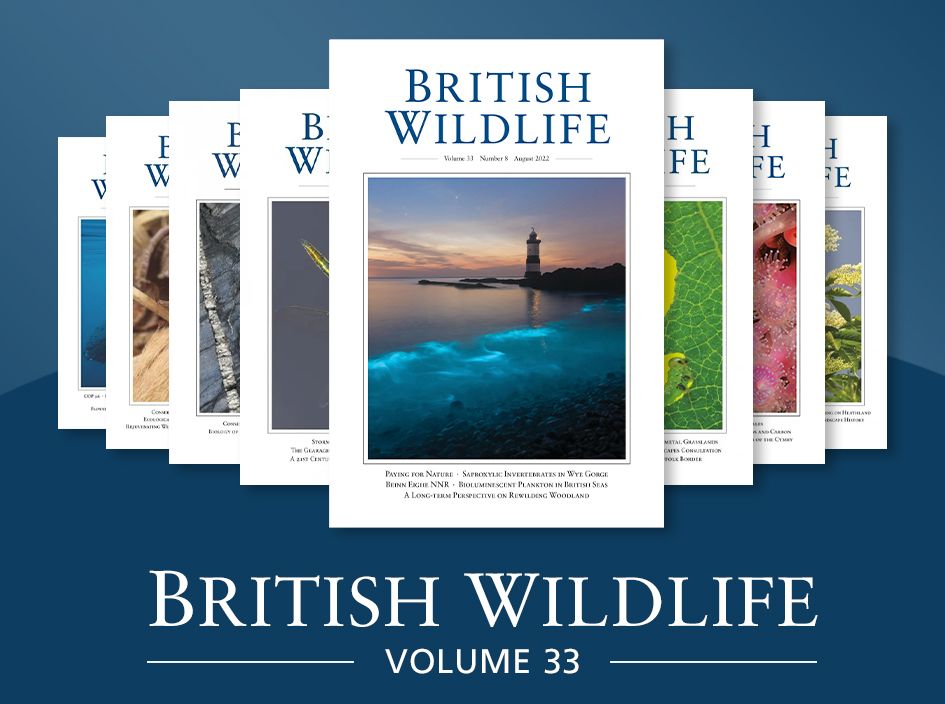